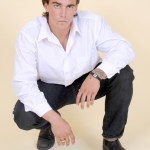 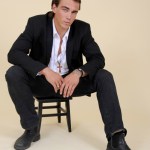 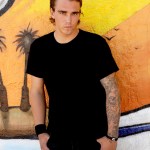 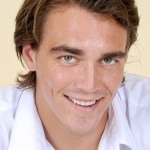 Clark James Gable, popularly known as Clark Gable III, died at the age of 30 on Feb. 22, according to Variety. He passed away at Texas Health Presbyterian Hospital in Dallas, which Variety confirmed with the medical center. The cause of Clark’s death remains unclear, but his sister, Kayley Gable, wrote that Clark’s fiancée Summer found him “unresponsive this morning” and “didn’t wake up,” according to her Facebook post shared that same day. She added, “I LOVE YOU CLARKIE I’m so sorry we couldn’t save you my heart is broken and shattered RIP.” She also shared a sibling photo to Instagram and wrote, “With my heart completely broken and no words to express with the heaviest hearts my little bro has passed…. I LOVE YOU SHARK RIP @clarkgableiii fly with the angles 🙏🏻.”

Clark was not only engaged but a father as well. He had welcomed his first child, a now 17-month-old daughter named Shore LaRae Gable, with his fiancée in Sept. 2017, according to Radar Online. Clark’s mother, Tracy Scheff, shared a picture of Clark holding his daughter to confirm his tragic death on Friday. “It’s is with an extremely heavy heart we say goodbye to my beautiful son Clark. He passed this morning. I will always be next to you my beautiful son. Mom,” she wrote. You can see the post below. Clark’s mother also spoke to Radar Online after the death, explaining, “I got a call from his girlfriend, and I didn’t even know what she was saying, she was so hysterical…He was an amazing kid, a very loving and extremely sensitive soul.” Clark is also survived by his father, John Clark Gable.

Clark was the only grandson of legendary actor Clark Gable, affectionately known as “The King of Hollywood.” He dominated the entertainment industry in the ’30s and ’40s with leading roles in classics like Gone with the Wind (1939) and Call of the Wild (1935). His grandson followed in those footsteps, as he was filming for the upcoming crime movie Sunset at Dawn, and had finished shooting for the comedy-horror Heckle, in which he played the lead role.

Clark was often compared to his iconic grandfather since they bore a stunning resemblance, as you can see above! He loved to pay regular tributes to his late grandfather on Instagram. “Thinking about my grandfather Maj. Clark Gable,” he had just posted in July 2018, alongside a photo of the actor in uniform from his time serving the US Army Air Force.