LA Lakers icon Kobe Bryant and his 13-year-old daughter, Gianna “Gigi” Bryant, were finally laid to rest in a private memorial service surrounded by close family, including widow and mother Vanessa Bryant, 37, and daughters and sisters Natalia, 17, Bianka, 3, and Capri, 7 mos. The intimate, emotional ceremony was held at Pacific View Memorial Park in Corona Del Mar, CA, according to their newly released death certificates acquired on Feb. 11. Kobe’s death certificate also revealed his final cause of death was by “blunt trauma” in a “commercial helicopter crash.”

The news comes one day after Vanessa took to Instagram to share an emotional tribute to her late husband and daughter, revealing in her unimaginable grief that she was unwilling to believe that they had really gone. “My brain refuses to accept that both Kobe and Gigi are gone. I can’t process both at the same time. It’s like I’m trying to process Kobe being gone but my body refuses to accept my Gigi will never come back to me. It feels wrong,” she shared in the post.

Kobe’s death certificate also stipulated that the basketball legend was considered an “author, producer, and athlete.” But in Vanessa’s post, his role as father, coach, and advocate completely shined through. Vanessa’s emotional tribute was attached to a never-before-seen video of the father and daughter at the Mamba Sports Academy. Kobe was seen coaching his daughter and her teammates on court and working with other parents to educate them on the power of sportsmanship. One parent in the video summed up Kobe in two words: “He’s amazing.” 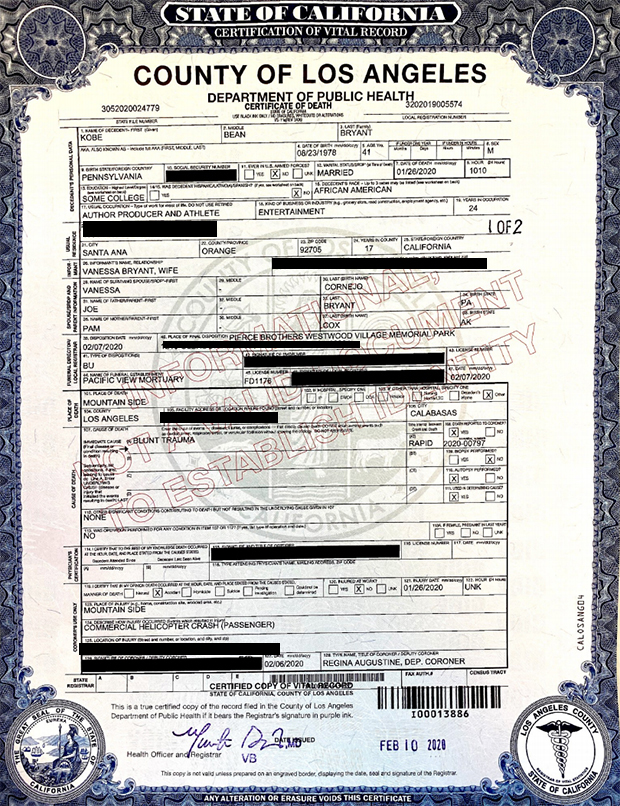 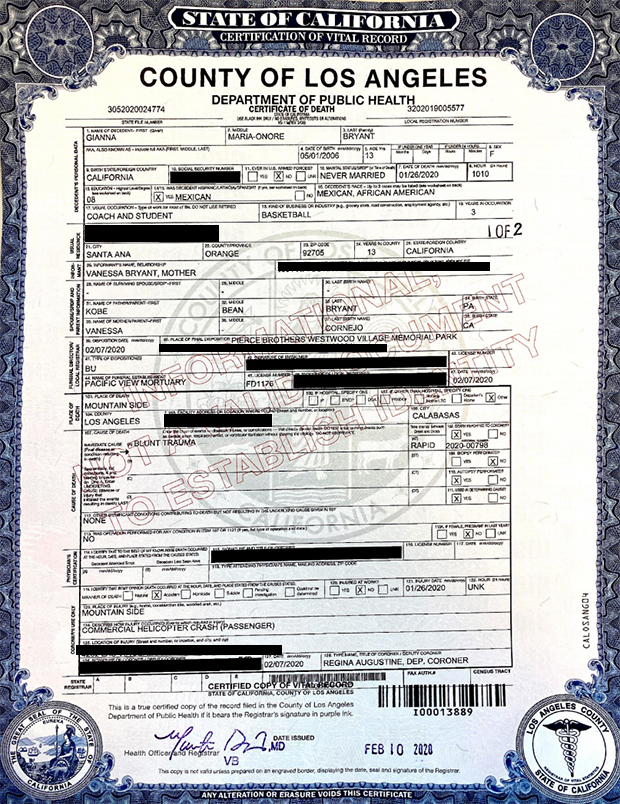 Kobe and Gigi tragically lost their lives, along with seven other civilians including Gigi’s own teammates, on Jan. 26. All onboard Kobe’s own helicopter were killed after Kobe’s aircraft crashed into a mountainside near Calabasas. Since the horrific accident, fans, sports figures, and celebrities alike have been mourning the departed LA Lakers player and icon. Now, all who have been mourning can know where the beloved basketball player and icon has been laid to rest.