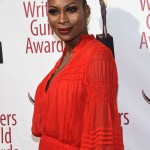 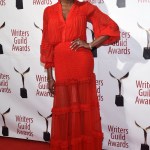 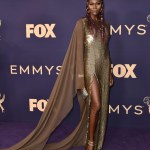 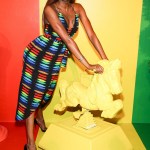 Dominique Jackson was one of the many reasons why the F/X series ‘Pose’ became a big hit two years ago but she had her initial doubts that it was even going to find an audience.

“Yes I am surprised, but I’m very happy for it,” Dominique Jackson, 44, told HollywoodLife EXCLUSIVELY about Pose‘s success at the Writers Guild Awards in New York City on Saturday, February 1. “Because I never thought that… you see when people talk about being gay or lesbian, a lot of people are like, ‘Okay, I can deal with that.’ And when they talk about, ‘okay, you’re a drag queen, okay I can deal with that’. Because they find that sense of normality and sense of a heterosexualism in it. But when it comes to trans, everyone feels threatened and everything is going to be destroyed and everything is going to be done. So when Pose came out, I had that feeling like as soon as it became this trans thing, they would not see us as the women and the men that we are. And that was very difficult in the beginning.”

Dominique’s initial mindset has hopefully changed in the years since as thousands of people have embraced the show overall, the characters on it, and the amazing actors who play each part. Pose, which centers on New York City’s African-American and Latino LGBTQ and gender-nonconforming ballroom culture scene in the 1980s and, in the second season, early 1990s, has done extremely well with critics and fans alike. It held over a 95 percent rating for its first two seasons on Rotten Tomatoes and has earned several accolades including the Primetime Emmy Award for Outstanding Lead Actor in a Drama Series for Billy Porter, 50, in 2019.

Billy’s major win, which was historic in its own right as he became the first openly gay black man to be nominated and win in any lead acting category at the Primetime Emmys, also struck a chord with Dominique. “My first reaction was finally, thank you, yes, God,” she said after being asked how she was feeling after Billy’s name was announced.  “So many people in America right now, are going to be going to their sons and saying, ‘It’s okay for you to be you.'”

Things look to be great for the Trinidad and Tobago native as she’s starting the new decade off on an amazing foot. “I am doing a lot and you know what? I got to a place in my life where I just feel like I have faith that the things that are supposed to happen for me will happen as long as I stay on the right path,” she told HL. “And remain the person that I am supposed to be, which is realizing that each and every one of us are human beings.”