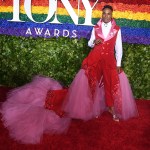 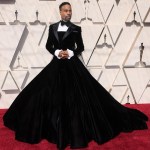 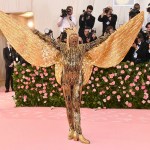 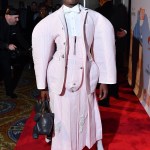 FX’s hit drama series ‘Pose’ is bursting with a cast of talented trans women of color. Billy Porter reveals what he thinks it will take for Hollywood to ‘stay on the bandwagon.’

Ask Billy Porter what he thinks about Hollywood finally being more inclusive when it comes to portraying trans women of color and the actor will give you a very blunt response. The 50-year-old’s view can be condensed into one word – money. Billy shared his thoughts with HollywoodLife on Dec. 2 while promoting his involvement with PayPal’s Giving Tuesday initiative. “I think the bottom line with Hollywood in everything is commerce,” he told us EXCLUSIVELY. “If it’s gonna make money, it’s gonna be fine.” He added, “All of these things [trans talent and gender fluid people of color], are making money right now. So, yeah, Hollywood’s on the bandwagon. I hope we continue to make money ‘cause they’ll stay on the bandwagon.”

Billy is one of the breakout stars of FX’s hit drama series, Pose, which focuses on New York’s ballroom culture. The show, which premiered in 2018, has won critical acclaim and an army of fans as it shines a light on the black and Latinx LGBTQ community in the 1980s and ‘90s. The elegant ballroom competitions and performances inspired Madonna’s hit song “Vogue,” which brought the underground dance to international attention. And, as the 1990 documentary Paris Is Burning illustrated, some of the things that are mainstream and normal today – like the term “throwing shade” – have their roots in ballroom culture.

But, as Season 2 of Pose so eloquently demonstrates, once “Vogue” dropped out of the charts, the cameras and the spotlight turned away. In 2018, however, the show’s creator Ryan Murphy insisted on hiring real trans talent of color both in front of the camera and behind the scenes. In addition to Billy (who plays ballroom MC Pray Tell) the cast includes trans artists Mj Rodriguez, Dominique Jackson and Indya Moore. Behind the scenes high profile trans activist Janet Mock has directed, written and produced multiple episodes.

In real life, Billy’s refusal to stick to gender norms when it comes to working the red carpet has been a hit with fans. The actor – who wore a custom-made tuxedo dress to the 2019 Academy Awards in February – admitted that people approach him “all the time” about inspiring them. “Whether it’s on the street. Whether it’s online. People have been very moved and changed by it,” said the performer who became the first openly gay black man to win an Emmy for Outstanding Lead Actor in a Drama Series in September for Pose. “I’m just kind of being myself and doing what I want to do finally, because that’s what happens when you’re 50. You have zero Fs to give to anybody and anything. So you do what you want.”

He added, “What a gift it is to have lived long enough to see this day, to be in this position where, I really can do what I want and I don’t care. It’s not about what anybody thinks about me. Anybody’s opinion of me is not my business. It’s freeing.”