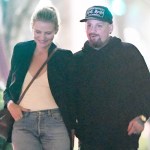 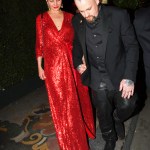 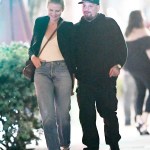 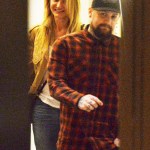 New mom Cameron Diaz stepped out one month after announcing the birth of her daughter Raddix with hubby Benji Madden — and she looks phenomenal!

Cameron Diaz, 47, looked radiant while enjoying a rare public outing in Santa Monica on Jan. 31. The new mom announced the birth of her daughter, Raddix Chloe Wildflower Madden, with Good Charlotte frontman, Benji Madden, 40, on Dec. 30, so this was a sweet treat to see The Mask actress out and about. Cameron wore a loose-fitting cream turtleneck, paired with light-wash distressed denim jeans. She finished the look with white Fila sneakers and a black, cross-body tote, wearing her hair in a high ponytail and shielding her eyes with chic, tortoiseshell sunglasses. The Golden Globe nominee also accessorized with small gold hoop earrings, as she carried a large glass water bottle.

The There’s Something About Mary star retired from Hollywood in 2014 to focus on her family, and managed to maintain such a low profile that fans were left stunned when she and Benji made their baby announcement on Instagram, on Jan. 3. “Happy New Year from the Maddens! We are so happy, blessed and grateful to begin this new decade by announcing the birth of our daughter, Raddix Madden,” the couple revealed in the letter, first shared on Cameron’s Instagram. The Charlie’s Angels alum simply captioned the post with three red heart emojis. Benji followed suit with an identical post on his personal IG account. “She has instantly captured our hearts and completed our family,” the letter continued.

The former Hollywood heavy-hitter also vowed to protect her daughter’s privacy in the Jan. 3 statement. “While we are overjoyed to share this news, we also feel a strong instinct to protect our little one’s privacy,” the couple shared. “So we won’t be posting pictures or sharing any more details, other than the fact that she is really really cute!! Some would even say RAD.” Sounds like these two will be incredible parents!

The couple began dating in May of 2014 and became engaged just before Christmas of that year. The pair then shocked pals with a surprise wedding on Jan. 5, 2015 at her home in Beverly Hills. It’s believed the pair met at a dinner party thrown by Benji’s twin brother Joel, 40, who is married to Nicole Richie, 38. We’re sure Benji and Nicole will have plenty of parenting advice to offer, as the couple have an 11-year-old daughter Harlow and 10-year-old son Sparrow. We wish Cameron and Benji the best of luck on their journey as new parents!