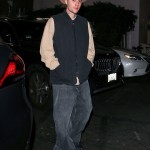 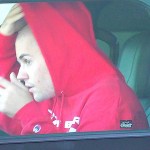 Justin Bieber is a happily married man to Hailey Baldwin but he admits to Ellen DeGeneres that he was actually ‘extremely nervous’ about proposing to her — but it wasn’t about her saying yes.

Justin Bieber, 25, is head over heels in love with Hailey Baldwin, 23. The couple married in Sept. 2018 and Justin revealed to Ellen DeGeneres on the Jan. 28 episode of her talk show that he was scared about proposing at first. “I was extremely nervous,” he said. “I felt like in the past we had talked about me asking the question and I felt like she would say yes, so I wasn’t really nervous about her saying yes… I think I was more nervous about am I going to make this commitment? Am I able to make this commitment as a man and be able to honor what I say? Because that’s a serious commitment when you say you’re going to love someone for better or for worse and be faithful, that’s a huge… am I able to do that? I think that was really what I was battling with. And I finally was like, I’m going to make the decision and follow through with it, be a husband, and this is what I’ve always wanted. I’m going to choose this woman and just do it.”

The “Yummy” singer is smitten with the model and wouldn’t stop gushing about her to Ellen. “She’s an amazing, amazing, amazing person,” Justin said about Hailey. “She’s super precious and I enjoy spending my life with her.” The couple initially married in a New York City courthouse in Sept. 2018 and then threw a star-studded South Carolina wedding in Sept. 2019.

Ellen also asked Justin about the meaning of his new song “Yummy” and he had a very quick response. “My sex life,” he quipped. HollywoodLife learned EXCLUSIVELY that Hailey is a big reason why Justin is releasing a brand-new album, Changes, on Feb. 14.

“Hailey is Justin’s biggest cheerleader in all of this and is one of the major reasons he feels ready for this new album and for everything that goes along with it,” a source told HollywoodLife. “He knows Hailey will be by his side every step of the way and that gives him strength like he has never known. If it wasn’t for Hailey, this album might not even be happening.”