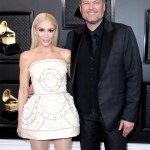 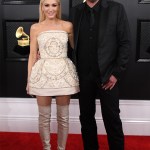 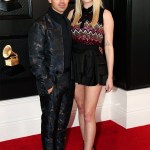 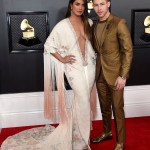 After walking the red carpet at the 2020 Grammys, Blake Shelton and Gwen Stefani took the stage to serenade each other with a stunning performance of ‘Nobody But You.’

Blake Shelton and Gwen Stefani just keep making us swoon! The happy couple were amongst the dozens of stars at the Grammy Awards on Jan. 26, and they were absolutely glowing on the red carpet together. Gwen looked incredible in a white mini dress, which was made adorned with shells. During her red carpet interview with E!, she joked that she wore the shell-filled dress because she got to attend the Grammys with Blake SHEL-ton. Get it?! She paired the look with thigh high boots and her hair sleek and straight. Gwen and Blake couldn’t take their eyes off of each other as they posed for red carpet photos.

After the red carpet appearance, Blake and Gwen hit the Grammys stage together for the very first time. The pair sang their hit, “Nobody But You.” Gwen changed into a sheer white gown that was adorned with sequined hearts. She and Blake looked each other in the eye for the entire performance, as they serenaded each other with the song. Their set came right after Alicia Keys’ opening, where she paid tribute to Kobe Bryant after his tragic death in a helicopter crash just hours before the show. Gwen looked close to tears as she sang with Blake, but they ended the performance with smiles and a hug.

Blake was also nominated in the Best Country Solo Performance category for his song, “God’s Country,” which recently won big at the CMA Awards in November. However, he lost to Willie Nelson for “Ride Me Back Home” in the category, which was announced in the pre-show telecast.

After more than four years together, Blake and Gwen seem to be in an incredibly good place. They ended 2019 by both serving on the coaches panel for season 17 of The Voice, which is where their relationship started in the fall of 2015. At that time, Blake and Gwen were both in the midst of high-profile divorces from Miranda Lambert and Gavin Rossdale, and they bonded over their similar troubles.

This spring, Blake will return to his coaches chair on The Voice alongside Nick Jonas, John Legend and Kelly Clarkson. However, Gwen will be focused on her Las Vegas residency, which has a string of dates in February, and then a second round of shows in May. Clearly, both stars will be keeping busy in the New Year!