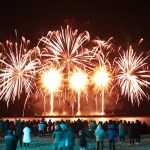 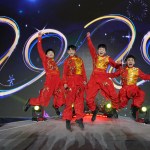 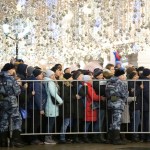 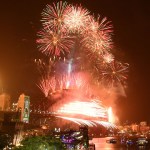 The New Year has officially begun in Australia and all day long the rest of the world will be celebrating by the hour until 2020 officially begins for everyone. See amazing photos of fireworks, fun and more here!

A new decade is underway and people from all over the world begun celebrating New Year’s Eve long before most of us in the United States even woke up! Australia was one of the first countries to ring in 2020, and there was no better way to do so than with an epic fireworks show over Sydney Harbour. In South Korea, fireworks also exploded over the beach, as people gathered to watch. Throughout the day on Dec. 31, more and more countries will make it to 2020, and we’re rounding up photos from celebrations around the world as the hours tick by.

Of course, one of the biggest celebration will take place in New York City where several big acts will take the stage live during Dick Clark’s New Year’s Rockin’ Eve with Ryan Seacrest. Scheduled performers include the biggest boy band in the world right now, BTS, rapper Post Malone, 24, country crooner Sam Hunt, 35, and pop/rock icon Alanis Morissette, 45, who will be joined by cast members of the Broadway musical Jagged Little Pill, based off her worldwide smash debut album released almost 25 years ago.

There will be other New Year’s Eve celebrations across the United States, as well, including live broadcasts from Los Angeles and Miami, as other celeb performers take the stage for viewers across the country. The Jonas Brothers, Kelsea Ballerini, Megan Thee Stallion and more are on the list of those performing.

Click through the gallery above to check out photos of New Year’s Eve being celebrated around the world, and keep checking back because we’ll be updating with pics all day long as midnight hits around the globe. We wish all our readers a happy and healthy New Year!