Cardi B gets real about monogamy in her new cover interview with Vogue, published on December 9. The “Press” rapper, 27 — who is one of four powerful moms to cover the magazine’s January 2020 issue — poses with her 17-month-old daughter Kulture Kiari Cephus in red on the new cover.

The mother of one doesn’t hold back in her candid interview, in which she discusses how motherhood has changed her; a new album; the scrutiny of ever-escalating fame and how social media effects her; and, the most hot button topic of all, her marriage to Migos rapper, Offset. Cardi goes into great detail about how she and the Atlanta rapper, 27, overcame his infidelity last year. The pair, who secretly tied the knot in September 2017, split in December 2018 after Offset cheated on Cardi. However, they eventually reunited earlier this year.

“When me and my husband got into our issues — you know, he cheated and everything — and I decided to stay with him and work together with him, a lot of people were so mad at me; a lot of women felt disappointed in me,” Cardi admitted, explaining, “But it’s real-life shit. If you love somebody and you stop being with them, and you’re depressed and social media is telling you not to talk to that person because he cheated, you’re not really happy on the inside until you have the conversation. Then, if you get back with them, it’s like, how could you? You let all of us down.” 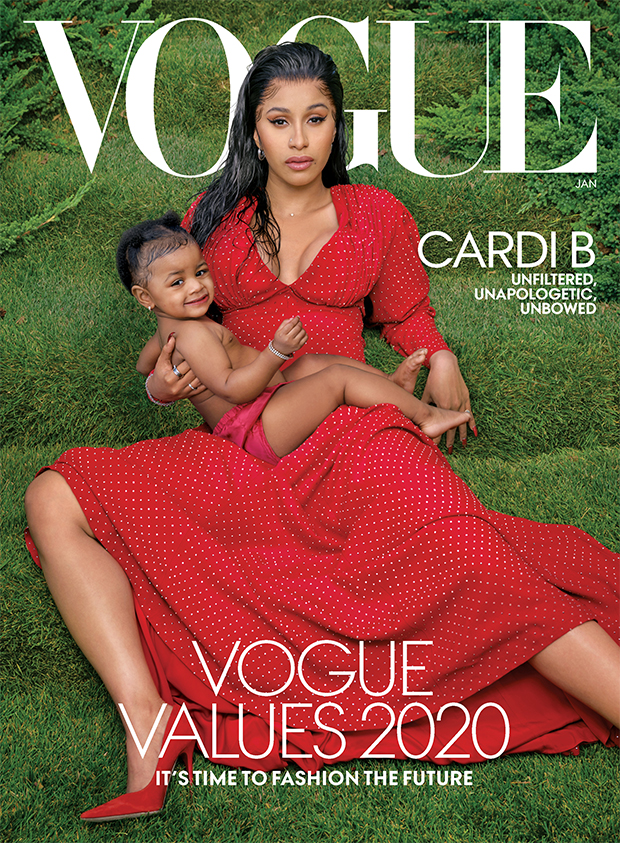 At the end of the day “everybody has issues,” Cardi said, noting, “I believe in forgiveness. I prayed on it.” — Something both she and Offset did together. “We had priests come to us. And we just came to an understanding like, bro, it’s really us against the world. He has my back for everything, I have his back for everything, so when you cheat, you’re betraying the person that has your back the most. Why would you do that? We have come to a clear understanding,” Cardi explained. “For me, monogamy is the only way. I’ll beat your ass if you cheat on me.”

Vogue briefly spoke with Offset, who gushed over his “outspoken” wife. “It’s not an easy thing. We both have our own households. But you grow,” he said of his marriage. “We’re way better now with communication. She’s balancing a lot. She feels like she can’t be absent a lot, and our jobs are crazy. But I think motherhood got her more focused. I always tell her, don’t follow the comments. But she’s been outspoken on things since before she was making music — she’s not ever putting on, she’s not ever being cool,” Offset said, concluding with, “At the end of the day, she’s still going to rap about the same shit, which is what it’s like being a woman.”