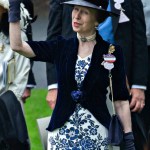 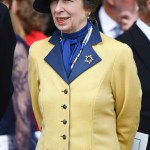 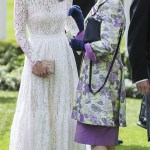 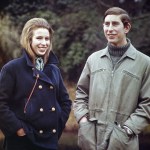 One of the most prominent Royal Family members, there’s a lot more to Princess Anne than meets the eye! Here are five things you need to know about Queen Elizabeth II’s daughter.

Princess Anne, 69, is having quite a moment, though unintentionally. The Royal Family member went viral on Dec. 3 for refusing to join the receiving line for President Donald Trump, upon his visit to Buckingham Palace for a reception in honor of the 70th anniversary of NATO. Everyone on social media started raving about the Princess for earnestly and openly refusing to greet the world leader, but Princess Anne has quite a history of being a defiant figure in the Royal Family. Here are five things you should know about Princess Anne!

2) Princess Anne holds a very unique title. While the Royal Family member is widely referred to as Princess Anne, she actually holds the title Princess Royal. As the daughter of Queen Elizabeth II, she naturally received the title of Princess upon birth. However, in 1987, the Queen granted her the additional title of the Princess Royal. “It is a title that remains for life,” explained royal writer Duncan Larcombe told Town & Country.

3) She once foiled her own kidnapping plot. As royalists and fans of the famous family know all too well, Princess Anne has a very stern and fierce personality. So much so that in 1974, she stopped an attempt made by a 26-year-old man to kidnap her. Anne was being driven in a limo when a car swerved in front of her chauffeur. The young assailant got out of his car and began shooting at Anne’s guard, injuring a number of people. Once he was in the limo, himself, her would-be kidnapper tried to force her out of the car, but she wouldn’t budge. “It was all so infuriating; I kept saying I didn’t want to get out of the car, and I was not going to get out of the car,” she said, according to the BBC. “I nearly lost my temper with him, but I knew that if I did, I should hit him and he would shoot me.”

4) She loves Equestrian. Like many members of the Royal Family, Princess Anne loves to ride horses. But instead of polo, the royal is a big Equestrian rider and has enjoyed the sport since she was very young. In fact, in 1976, Princess Anne competed in the Olympic Games and rode one of her mother’s own horses. She now serves as the President of the British Olympic Association and a member of the International Olympic Committee.

5) Princess Anne has been married twice. During Anne’s time as a young royal, divorce was quite taboo and often looked down upon by the Royal Family. However, both she, and her brother Prince Charles and Prince Andrew along with her aunt Princess Margaret would each divorce their first spouses. Following her 19-year marriage to Mark Phillips, whom she had two children with (Zara Phillips and Peter Phillips), Princess Anne went on to marry Timothy Laurence in 1992 and have been together since.