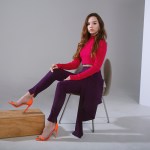 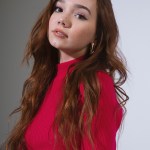 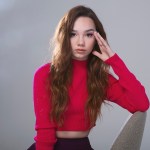 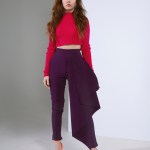 From ‘Holly Hobbie’ to ‘The Unicorn’ to new music, Ruby Jay is one busy girl these days. She spoke EXCLUSIVELY with HL about Holly’s changes in season 2, her 2 new songs that are on the way, and what’s ahead on ‘The Unicorn.’

Ruby Jay is one of Hollywood’s most talented young stars. She’s not just the star of one TV show, she’s the star of two. And she’s just 14 years old! Ruby stars as Grace in the new CBS show The Unicorn and plays the titular role in Hulu’s Holly Hobbie. The actress is also a terrific singer. Ruby just released her newest song “Royalty” on Nov. 8. Holly Hobbie’s second season dropped on Nov. 22. Ruby sat down with HollywoodLife and talked about coming back to the character of Holly for season 2. “It was definitely interesting but different. Holly actually changes a lot in season 2,” Ruby said. “I mean, the entire cast and show do in itself. They all mature and the way that they respond to things is a lot different so it was almost as if I took that year [between season 1 and season 2] and incorporated everything that I had learned in my personal life and incorporated it into Holly’s life.”

Ruby told HollywoodLife that she and Holly are both “very similar” in that they are both singer-songwriters and they both use songwriting as an outlet. Holly and Ruby are both inspirations to young girls everywhere and Ruby admitted that it’s been “interesting to see how these young girls take Holly’s experiences and how they incorporate them into their own lives.” For Ruby, being a role model is something she doesn’t take for granted. “I just want to influence my fans in the best way that I possibly can so that they can take all of the positive energy that I try and disperse and incorporate that into how they also can disperse positive energy,” she continued.

The actress has her fingers crossed for a potential season 3 and opened up about what she’d like to explore more of in the future when it comes to Holly. “I really want to explore a little bit more behind the songwriting. We really get to see a lot more of it in season 2. They explain a lot more of the reasoning behind songs but I want to know more about exactly what instances in her life caused the exact lyrics,” Ruby said.

Ruby also stars alongside Walton Goggins, Omar Miller, Michaela Watkins, Rob Corddry, and Maya Lynne Robinson in the CBS dramedy The Unicorn. The show follows a group of close friends and family as they band together to help a father adjust to his new normal after the tragic loss of his wife. Ruby said that it’s been an “interesting” learning experience to dive into both the drama and comedy aspects of the show. “For me, I feel like I’m always more drawn to the more realistic parts of characters so I pull from that aspect but being able to learn from Michaela and Rob and see how they incorporate the comedy into this really heartfelt show is definitely interesting and I’m learning a lot,” she told HollywoodLife.

When The Unicorn returns for the second half of its season in 2020, Ruby teased that the show will “actually explore a lot more of the friends’ home lives, so that’s really interesting, getting to see all the different sides of the adult characters.”

On top of her TV projects, Ruby is dedicated to her music career. Her new song “Royalty” is a total jam and it was recorded in less than 24 hours. For those of you wanting more music from Ruby, you won’t have to wait long. “I have two new songs, one that’s already recorded and we’re just waiting to release it. It’s a ballad,” Ruby revealed. “That’ll be interesting. I wrote that one. That one took me a really long time to write, like, 2 months. I wanted to get it exactly right. I have another one that we haven’t recorded yet.”