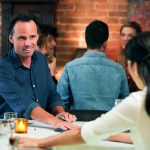 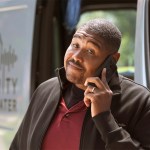 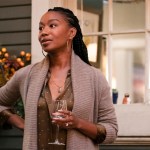 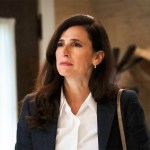 ‘The Unicorn’ is one of the best new comedies on CBS. Omar Miller stars as Ben and he revealed to HL EXCLUSIVELY that the Nov. 7 episode will peel back the layers on his lovable character.

The men of The Unicorn are headed out for a night out during the Nov. 7 episode of the CBS comedy series. Wade, Ben, and Forrest make one incredible trio, so we can’t wait to see what these three men get themselves into. However, this night out will give us more insight into the characters we’ve come to know and love, especially Ben. “Ben and Forrest are trying to make sure that Wade is actually out having a good time, and in the world of telephone distractions and the internet, having a good time out is a different thing than it used to be,” Omar Miller told HollywoodLife EXCLUSIVELY. “We all have to contend with that. For my character, he’s been married and has four kids, and it’s been a long time since he’s actually been out in a social setting. So one of the things that our writers do really well is that this show really does a great job of bringing the mirror to one’s self and having an honest look at who you think you are, versus the way that people perceive you and who you may actually be. Sometimes those three elements intersect, oftentimes they don’t. What you see in this particular episode is a guy who thinks that he still has it, who used to be the king of the club, who is trying to figure out if he even knows how to communicate with anybody anymore. I think you’re going to learn more about Ben and his background and his relationship with his wife, where it was, how it came about, and where it is now.”

The series follows a tight-knit group of friends and family who help Wade embrace his new normal after the death of his wife one year ago. For Omar, The Unicorn was something he knew he had to be a part of from the moment he read the script. “The material really spoke to me because one of my brothers passed away about three years ago,” Omar said. “The idea of somebody dealing with loss and grief through comedy really, really appealed to me. I have a huge family. There are seven siblings. So as a family, it was a real heavy blow. As a family of believers, it’s a ‘see you later’ and not a goodbye, so there was some rejoicing as well. With that, I was drawn to the material because if we can do this the right way, we could actually affect some people positively, people who are going through some heavy stuff. If you haven’t been through loss, you will at some point. So it’s something that we all have to factor in.”

Omar is particularly excited about the upcoming Thanksgiving episode. “We’re going to lean more into the drama while maintaining the comedy at certain points,” Omar teased. “I think that the main thing that we’re trying to portray is real life and this journey that all of these characters are on, oftentimes seen through the eyes of Wade and his family, but the journey that all of these characters are on. Because when you lose someone, there’s a ripple effect. It’s not just that the girls lost their mom or that Wade lost his wife, the friends lost their friend, they lost their cards partner, they lost their PTA friend. We’re going to explore more and more of what that means and what picking up the pieces means to each and every portion of the group.”

Omar is also the creator and host of the audio/video sports-oriented podcast, O-ZONE. “It came about because my brother and I actually sit around and argue about sports all the time. Now we have a camera and a microphone attached because we’re doing this anyway. Oftentimes we have controversial, opinionated stances on things that happen in sports in a way that people who work for sports reporting companies can’t have. They may have these same opinions, but they can’t necessarily be as frank as they’d like to because they’re under the employ of people whose job it is to promote the sport or the athlete. We decided to come up with a format where we would invite our friends, actors, athletes, authors, the whole song and dance, to come and share their opinion on sports and also to broaden their platform and horizons to promote their projects.”