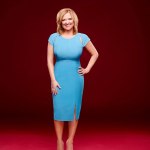 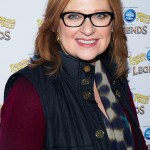 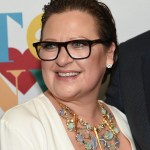 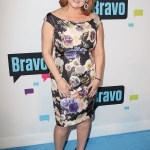 After a long TV hiatus, ‘RHONJ’ and ‘Manzo’d With Children’ matriarch Caroline Manzo is back with a new show and fans are freaking out.

Caroline Manzo, 58, hasn’t been featured on TV for quite some time now after having successful runs with both The Real Housewives Of New Jersey and her family spinoff Manzo’d With Children on Bravo, but often teased her desire to have a show again. Now, the day fans have been waiting for has finally arrived and she’s back where she viewers remember her the most — Inside her infamous kitchen at her home in Jersey! “I’m having a blast doing what I love so as the saying goes, it’s not work when you love what you do,” Caroline told HollywoodLife EXCLUSIVELY the night before her official debut. “Filming is like riding a bike, you just get back in the seat and go!”

There really is no better time to launch than this time of year with family. Fans will definitely recognize Caroline’s brother and Watch What’s Cooking co-host, Jaime Laurita, from both RHONJ and Manzo’d where he regularly popped in to share his two cents with his sis, and it sounds like we can expect a lot of that with this new project, too. “I will be cooking along side my brother Jaime who is a trained chef and has traveled the world with the biggest names in the music industry,” Caroline revealed. “We will take our two very different styles of cooking — Mine is simple, traditional, his is over the top, fancy — And marry them, teaching our viewers how to cook dishes from the very simple family style, to rocking it out to impress.  We also will be focusing on table  and home entertaining design ideas.”

Though Caroline is excited about launching her new digital series, she admitted that she still engages in conversations with her former boss, Andy Cohen, 51, about some sort of return to the network that made her a household name as an OG Housewife back in 2009. “Andy and I have a very nice relationship and I consider him a friend at this point,” Caroline said. “There’s always light hearted banter regarding my return to Bravo. We know where to find each other if we decide to get serious about things. I’m happy where I am right now. Life is good.”

Hot off the heels of her BravoCon appearance in New York City on Nov. 15 where she got to interact thousands of fans, she realized this was something she missed. But this time around, she’s happy to be in the driver’s seat for her own show which launches officially on Nov. 26. “The reason I chose you tube was really for me to have the ability to control the message and work by my own rules. “This allows me to interact with the fans in a way that I never have before, very hands on, and I’m super excited to see them cook what we have posted as well as tell us what they want to see us prepare in our kitchen!”