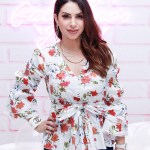 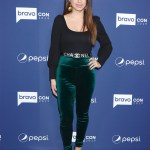 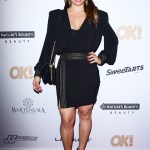 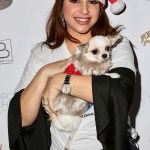 Jennifer Aydin is feeling good and recovering quicker than she thought after undergoing a tummy tuck on November 22! The ‘RHONJ’ star already dropped 25 lbs prior to her procedure, and she spilled the tea about her weight loss transformation to HollywoodLife!

Jennifer Aydin took HollywoodLife inside her weight loss journey and plastic surgery transformation in a brand new interview on Sunday, November 24 — just two days after undergoing a tummy tuck on the 22nd. The Real Housewives of New Jersey star, 42, said the procedure, which was performed by her husband, Dr. Bill Aydin, 41, was a complete success. And, she’s already up and walking around just days later.

“Getting a tummy tuck was something that I’d been contemplating ever since I had my fifth child, Olivia,” Jennifer admitted during our exclusive interview. However, she held off on getting the surgery because of how “brutal” she heard the recovery process would be. “I had to make sure I waited until a time when all my kids were pretty much self-sufficient and did not need mommy to carry them anymore,” she admitted.

Jennifer went on to explain that choosing to get a tummy tuck helped with her weight loss. “Being the wife of a plastic surgeon, I know that the way to have the best result [with a tummy tuck] is when you’re able to lose the most amount of fat,” she revealed. “And, I was thick for a while after Olivia, so it wasn’t something that was on my radar. I still never considered it until I felt I was thin enough. But, once I lost all the weight, all of the stretching my skin did with Olivia (known as diastases) became an inconvenience and very physically apparent in my clothing,” Jennifer said, which motivated her to go through with the tummy tuck.

So far, because she dropped weight to prepare for the surgery, Jen has lost a total of 25 pounds. And, she’s happy with her recovery so far, although it takes a lot of focus and patience.

“The recovery process for a tummy tuck is definitely a commitment. You have to make sure that you don’t have anything on your plate for the next couple weeks,” she admitted, explaining that every patient is different. “I’m definitely hunched over, but I’m walking around more than I thought I would. It’s not as bad as I had anticipated.”

Despite loving her results thus far, Jen most likely won’t go under the knife again.

“As of now, I do not want any more plastic surgery,” she said before clearing up other false rumors about her cosmetic history. “And just to point out, all the plastic surgery I’ve ever had has only been on my body. Aside from some Botox and fillers, the face remains the same. I’ve had some people accuse me of getting a nose job, which sometimes I am grateful for, but it is not the case,” she explained. “But, I promise you that if I ever decide to get a nose job, it’s no surprise that I will probably let the whole world know.”

When asked if she plans to lose more weight, Jennifer said, “I don’t think I’ll go down in size that much.” Why? — “I did not have any liposuction done this time. My husband told me there was no fat left, it was only just excess skin. The only difference is before, the diastases I had in my lower belly made it look like I had this forever pouch. That will now be gone” because of the tummy tuck, she said. “But I really won’t know my size until I’m done healing in six months to a year. I do, however, think my butt is going to look much bigger since my waist will be so small.”

At the end of the day, Jennifer admitted that she’s got no one to impress but her husband, who is her biggest supporter when it comes to her plastic surgery. “He thought after my weight loss that I was the perfect candidate for a tummy tuck. So, he was excited to do it, and he’s done hundreds with fantastic results,” she gushed.