Ashley Brinton, 18, was always a huge fan of Bravo’s hit show Below Deck which chronicles the lives of different ridiculously wealthy people who charter a yacht to see the world for a few days at a time, so when she got the opportunity to perform on the hit show, it was a no brainer. “I have been watching the show forever,” Ashley (or Aye B as she likes to be known in the rap world) told HollywoodLife EXCLUSIVELY on Nov. 21 as she prepared to drop her new music video, Wednesday Thought. “Ever since it started coming out, I’ve been watching it and everybody knows I’m a really big fan. [My friend Lauren said] Somebody contacted me and they want you to be on the show. They want you to shoot a music video on the show.” And I was like, “First of all, I get to meet the cast of Below Deck, I’m there. Second of all, I get to be on Below Deck, I’m there. And then I got to shoot a music video.”

After the appearance, things really took off for the young singer who now wants to be taken as a serious rapper., Though it was fun testing out her new music for the entire crew, one member clearly stood out as her favorite. “Believe it or not, Hannah [Ferrier] was the nicest, but she’s known as the bi***iest. So, that was interesting,” Aye B said. “We did Good Mawnin for the show, and we were like, ‘Well we have to make it a super cool video, and we have to make it super intriguing.’ Because there’s so many places that we went to in France that were so scenic and so beautiful, that we had to incorporate it into the video, you know what I mean? We definitely did that and it just turned out great. It was so much fun shooting it.”

Now with her Below Deck days behind her, the young budding artist is ready to put her entire focus into her career. Hot off the heels of her prior single, Kreamy Kash, she knows exactly what she’s looking for when choosing what’s next single for her to work on. “We were recording the mix tape and everything like that, but that’s a single,” Aye B said of the song. “To me, I just heard it and I was like, ‘This is a single.’ I was like, ‘Okay, what can we do? I literally want to release this tomorrow.’ We were all sitting in the studio and they were like, ‘Ash, what do you want right now?’ And I was like, ‘Honestly guys, I just want some Krispy Kreme donuts and I just want some cash.’ And that’s how Kreamy Kash was born.” 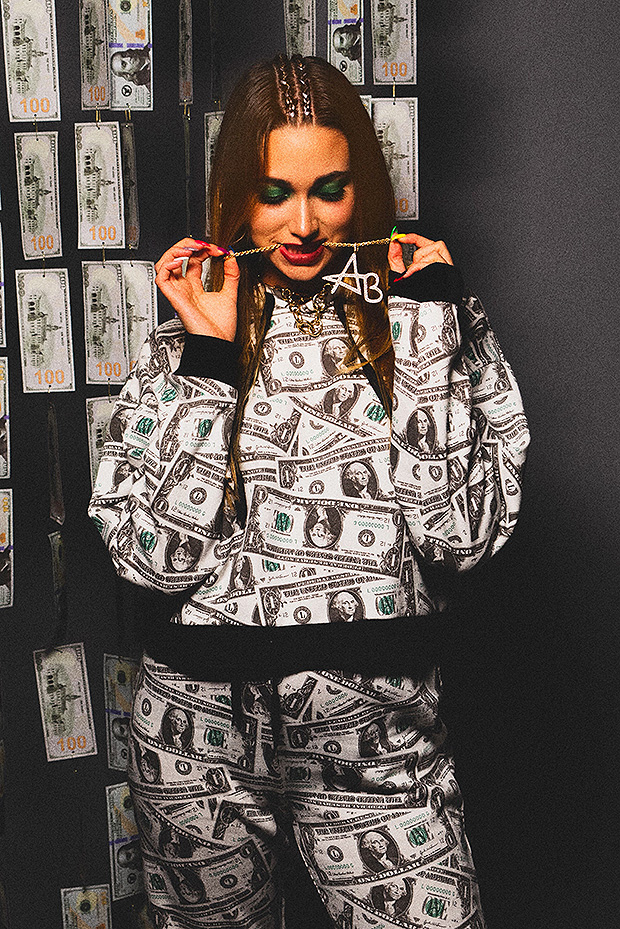 Aye B is lucky enough to seek advice by some big names in the industry, including the one and only Tommy Mottola, 70, aka the same guy who helped guide the careers of female music powerhouses like of Mariah Carey, 49, and Jennifer Lopez, 50. “He basically just said keep on a hardworking,” Aye B says of the best advice Tommy has ever given. “Everybody who’s been around me in the industry has just been like, there’s always going to be the people that don’t like you, but it’s the people who do like you that are going to put you at the top. Just keep on working, keep on pushing through, just don’t listen to them, and just let it roll off your shoulders.”