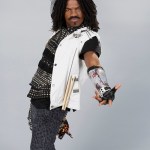 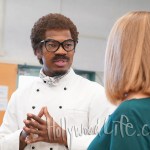 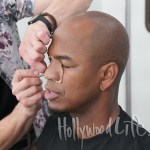 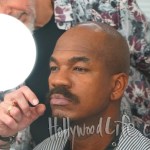 HollywoodLife can EXCLUSIVELY reveal that NE-YO will be guest-starring on the holiday-themed episode of ‘The Substitute.’ The first look photos show NE-YO’s wild transformation.

The holiday-themed episode of The Substitute will air Nov. 30, at 9:00 p.m. on Nickelodeon. The episode will feature singer and World of Dance judge NE-YO, who will transform into three completely unrecognizable substitute teachers at John Muir Middle School in Burbank, California, pranking students as a master chef with a disastrous recipe for gingerbread cookies and eggnog, an out of control ‘90s rocker with an appetite for destruction, and a quirky artist with an unusual flair for the arts. He is completely unrecognizable with each and every look!

Our first look photos show the incredible transformation process for NE-YO. He clearly spent a lot of time in the makeup chair. From the prosthetic nose to a curly wig, the singer went to great lengths to go undercover. HollywoodLife also has an EXCLUSIVE look at NE-YO’s ’90s rocker.

The show features celebrities who are transformed by a team of Hollywood special effects artists to go undercover as a substitute, surprising unsuspecting kids in schools, camps, and other locations. At the end of the day, the substitute reveals themselves and the organization receives a donation for $25,000. The Substitute premiered in Oct. 2019 with John Cena guest-starring, following two specials that aired earlier this year with Henry Danger star Jace Norman and late-night host and YouTuber Lilly Singh. Additional celebrities who will appear on The Substitute will be announced at a later date.

In addition to guest-starring on The Substitute, NE-YO’s first-ever holiday album, Another Kind of Christmas, is out now. The album dropped Oct. 12 and it’s perfect if you’re getting into the holiday spirit. NE-YO is staying busying this holiday season!