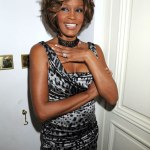 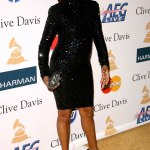 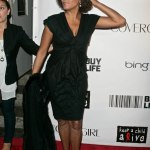 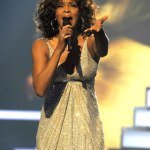 New revelations came to light from Whitney Houston’s longtime friend, Robyn Crawford’s, memoir, where Robyn shares the two ‘wanted to be together.’

It’s been nearly eight years since iconic songstress Whitney Houston passed away. Now, intimate details of her life are coming to light in her close friend, Robyn Crawford‘s, new memoir, A Song For You: My Life With Whitney Houston. In her own words, Robyn claimed that while the two women had an incredibly close bond, it wasn’t completely platonic. Robyn shared in her memoir that the pair had a physical relationship in the early 80’s, saying, “We wanted to be together, and that just meant us.” But things between the two were not meant to last.

Robyn continued to share how Whitney was the one to end the physical part of their relationship in 1982. “She said we shouldn’t be physical anymore, because it would make our journey even more difficult,” Crawford shared in quotes from the book obtained by People. Not only did Whitney break their relationship off, she also gave her a copy of the Bible upon delivering the news. “She said if people find out about us, they would use this against us, and back in the ’80s that’s how it felt.” Their relationship was especially put under scrutiny by Whitney’s own mother, Cissy Houston.

Cissy was completely uncomfortable with the pair’s bond, saying that it “wasn’t natural for two women to be that close, but we were that close.” While keeping their relationship private and hidden from Whitney’s mother as much as possible, they “never talked about labels,” but had a mutual understanding for what they had. “Whitney knows I loved her and I know she loved me. We really meant everything to each other. We vowed to stand by each other.”

Robyn’s memoir marks the first time that she has spoken about their relationship, but it’s not the first time the rumors have been discussed. Whitney: Can I Be Me, which premiered on April 26, 2017 — five years following the singer’s tragic death — alluded to Robyn and Whitney’s relationship. But even those in the archival footage seemed to confirm Whitney’s relationship with Robyn, “I don’t think she was gay, I think she was bisexual,” Whitney’s friend and stylist, Ellin Lavar said in the film. “Robyn provided a safe place for her…in that Whitney found safety and solace.” All these years following Whitney’s passing, Robyn is finally telling her side of the story and revealing the intimate details of their relationship. A Song For You: My Life With Whitney Houston is expected to be released Nov. 12.