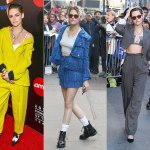 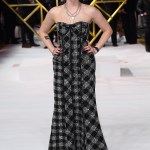 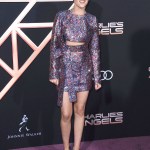 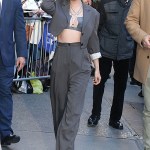 Kristen Stewart gave ‘the most candid interview’ chatting with Howard Stern and revealing if she had sex with her ‘Snow White and the Huntsman’ director Rupert Sanders.

Kristen Stewart, 29, set the record straight about her highly-publicized 2012 cheating scandal with director Rupert Sanders, 48. The Charlie’s Angels star appeared on Howard Stern‘s radio show on Nov. 5 and delivered an incredibly raw, honest takedown of her past. When Howard pressed the actress on whether or not she had sex with Rupert when they were seeing each other, Kristen unequivocally answered, “I did not f**k him.” She proceeded to add, “This is the most candid interview.”

Kristen and Howard’s conversation continued to delve deeper into her relationship with Rupert. The actress conceded that it was generally assumed that she had slept with the Snow White and the Huntsman director, sharing when “you make out with a dude in public, it definitely looks like you did [have sex].” At the time, Rupert was married to actress and model Liberty Ross, with whom he shared two children, before their 2014 divorce ended their relationship. Kristen also shared that she “wouldn’t say that I fell in love with the director.”

As a result of the scandal, Kristen was not offered to join the cast of the film’s subsequent sequel, The Huntsman: Winter’s War. “They didn’t put me in that movie because I went through such a highly publicized scandal, and so they were like scared of touching that,” she confessed. Reflecting on her past, Kristen reconciled with the attention she received and the scrutiny she endured as a result. “We lived in a different time then, you know what I mean?” Kristen shared with radio host. “I feel like the slut-shaming that went down was so absurd.”

During the scandal, Kristen was dating her Twilight co-star Robert Pattinson, 33. In the same interview, the actress also revealed that she might have married Rob had he asked her, especially considering that he was “my first love.” She also added how “every relationship I’ve ever been in, I thought that was it. I’ve never really been the most casual person.” The couple fizzled out in the months following the cheating scandal. But in the years since, Kristen has gone on to praise her former partner’s talent and has nothing but good will towards him.