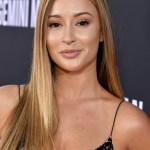 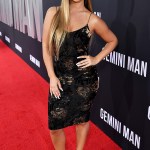 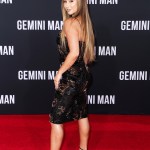 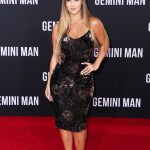 Nicole Olivera is setting the record straight about rumors that she’s Diddy’s new girlfriend, after the two were spotted on a dinner date at Nobu in LA on October 13. And, she didn’t hold back!

Nicole Olivera made sure to nip those Sean “Diddy” Combs dating rumors in the bud about a week after she was spotted at Nobu in LA with the rapper, 49, on October 13. The Gemini Man actress maintains the fact that both she and Diddy are single, despite his recent romantic relations with Lori Harvey. “He’s single, I’m single — we’re friends,” the model, 31, told The Shade Room on October 22.

As HollywoodLife previously reported, Nicole appears to be good friends with Diddy’s kids — 12-year-old twin daughters D’Lila Star and Jessie James and sons Justin, 25, Christian, 21, and Quincy, 28 — as seen in photos with the famous family on her Instagram, dating back to 2018. After she was spotted out with Diddy, some even speculated that she could have been romantically involved with one of the producer’s sons. However, Nicole denied those rumors too.

“The family and myself are extremely close because Sean and I have been friends for about ten years,” she said, explaining, “I’ve never dated or had anything romantic/sexual with Justin or any of his sons.” And, just to be clear, Nicole added, “I’d never date or be romantically/sexually involved with a son and then his father or vice versa … No offense to anyone who’s into that, to each their own.”

Ahead of his outing with Nicole, Diddy was linked to 22-year-old Lori Harvey, the stepdaughter of Steve Harvey. They first sparked romance rumors over the summer when they were spotted out together on numerous occasions. Later on in August, the pair enjoyed a PDA-filled vacation on Italy’s Amalfi Coast with a group of friends and family that included included Steve and Lori’s mother, Marjorie.

Diddy and Lori’s romance seemed to fizzle out around mid October when he was spotted out with Nicole, despite his platonic relationship with the actress. Lori appeared to unfollow the father of six on Instagram on October 18.