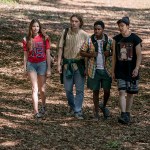 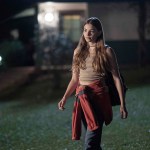 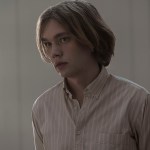 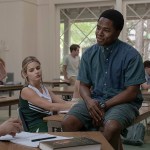 The wait for ‘Looking For Alaska’ has been long, but it is so worth it. HL spoke with Charlie Plummer and Kristine Froseth about taking on the beloved roles of Miles and Alaska, bonding with the cast, and more.

Are you ready to seek a great perhaps? You should be. Looking For Alaska debuts Oct. 18 on Hulu. The limited series is based on John Green’s 2005 bestselling novel of the same name. After 15 years, Looking For Alaska is coming to life in a new way. Charlie Plummer and Kristine Froseth play the iconic roles of Miles and Alaska. HollywoodLife spoke EXCLUSIVELY with the two young stars about exploring such beloved characters. “I really fell in love with her,” Kristine told HollywoodLife at the Tribeca TV Festival. “I really admired her strength. She seemed like this otherworldly thing to begin with but then I really got in touch with her internal struggle and then I realized how human she was, how broken she was, and I really just related to her on so many different levels just being that age, going through the motions of growing up and experiencing grief and all of that.”

Charlie has always had a strong connection with Miles. “I was a huge fan of the book,” he said. “When I first read the book, I read it at about the age that Miles is in the book and I just like I so connected with his internal monologue and what he really wanted for his life. I was just really fortunate that Josh [Schwartz] and Stephanie [Savage] were such phenomenal collaborates and John [Green] was so on board with everything. It was really honestly just the story as a whole. I just really wanted to be a part of that world.” But it isn’t just Miles he relates to. He sees himself in all the characters in some way. “There’s a lot that I relate to about Alaska as well as all the characters. I think that’s such a huge reason why the book is so popular. I think anyone that reads it can really connect with all the characters.”

Miles and Alaska have a strong bond from the moment they meet. Charlie opened up about the relationship between the two characters. “From Miles’s point of view, it’s the first time he’s really just in awe of a human being and feels so deeply in love with who this person is,” Charlie continued. “I think he respects her and admires her so much and I think it’s a lovely dynamic that takes shape over the course of the show. I was so glad that we had such a good chunk of time to be able to tell that story.”

From social media posts to the trailers, it’s clear that the cast is incredibly close just like their characters. “We were all just so lucky because we really love each other and we all get along,” Kristine gushed. “We love the same music. We love the same foods. We were all just jamming together in between takes and we’d get dinner after work at this Thai restaurant and just had a really really good time.” Charlie added: “Basically the first night we were all together, we just stayed up until like 6 in the morning and were just talking and dancing and laughing. It was so clear that all of us were so right for the characters. We all knew were about to go on this really impactful journey with each other and potentially really profound. It was this nice moment and then from there on out we were just really, really tight and had each other’s backs the whole way.”

Looking For Alaska explores everything from friendship to loss. Kristine said she hopes that “people will feel less alone” after watching the series. “I really hope everyone can be truthful about how we’re feeling and there shouldn’t be any stigma around it and that there’s help because you really can’t judge a book by its cover,” she continued. “You don’t really know what people are going through.” Looking For Alaska also stars Denny Love and Jay Lee. All episodes will be released on Oct. 18.