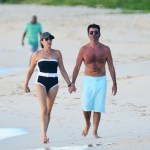 ‘The X Factor’ host revealed he adopted a vegan diet back in April — and his changing eating habits have certainly paid off!

Simon Cowell, is that you? The 60-year-old reality star shocked fans with his noticeably slimmer look on the premiere of The X Factor on Saturday, Oct. 12. Simon — who was a self-proclaimed meat lover — announced he had gone vegan in an interview earlier this year. The change in lifestyle was prompted by a severe accident: Simon fell down a flight of stairs in 2017, which later lead him to lead a “vampire” like lifestyle where he stayed awake until 8:00 a.m. each night.

After seeing a doctor, Simon was also informed he had a slew of food allergies, prompting him to eliminate some of his favorite foods. “I cut out a lot of the stuff I shouldn’t have been eating and that was primarily meat, dairy, wheat, sugar — those were the four main things,” he spilled to The Sun in April. His weight loss was also noticeable at a taping of America’s Got Talent in August, where he confirmed he had dropped 20 pounds.

HollywoodLife recently spoke with Simon on Aug. 20 and when asked for him to specifically name the diet he was on, Simon jokingly called it the “Simon Diet.” We spoke with him a few weeks later on Sept. 3 and he added, “The secret is don’t follow one of the fad diets because there are just too many and they contradict each another. The allergy tests are crazy – don’t have those. You have to just cut out the obvious . And once you get used to it you feel better. My memory is better. I feel better…I can still drink beer so I am happy.”

The former A&R exec hasn’t been shy about dabbling in cosmetic procedures either, admitting he had a facelift that “hurt like hell” but sharing it got “rid of sun damage.” He continued, “There’s lots of things you can do now. You don’t just have to stuff your face with filler and Botox,” adding that he had “too much” filler at one point.

Fans quickly jumped on social media to share their thoughts on Simon’s changing appearance, expressing concern over his health. “Mate I can’t get over his is how Simon Cowell looks now surely it’s just a whole different person altogether,” @benbradshaw1_ tweeted. “Is Simon Cowell ok?? His face looks so thin. Hope he isn’t ill!” @LaurenJ77 posted, while @phooey_uk wrote “Why does Simon Cowell look gaunt?”

Mate I can’t get over this is how Simon Cowell looks now surely it’s just a whole different person altogether 🤣🤣 pic.twitter.com/f3M6zKyiJl