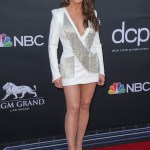 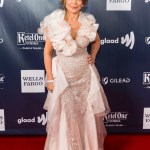 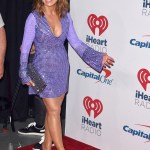 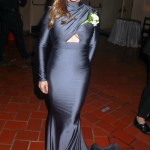 Simon Cowell ‘really wants to do a [new] show’ with Paula Abdul and Randy Jackson, and the ‘Straight Up’ singer reveals ‘there’s a chance’ it’ll truly happen.

During a recent appearance on The Kelly Clarkson Show, Simon Cowell revealed that his “one wish” would be to do another TV show with his former American Idol co-stars, Paula Abdul and Randy Jackson. And guess what? It may actually come into fruition! While speaking with Paula at the season finale of America’s Got Talent on Sept. 18, she told HollywoodLife EXCLUSIVELY, “It is magical between us, and Simon has put it out there and he has been telling people that he really wants to do a show with us, so we are going to hang and see what we can do. According to Simon, there is a chance… Yes!”

It was during Kelly’s new talk show on Sept. 18 that Simon said, “Apart from the fact that we had so much … Kelly, like I said, we wouldn’t be here without you. You are one of the most successful singers in the world, and unlike a majority [of famous people], you are the same person off camera as you are on camera. You’re really loyal, and you’re a great friend. I’m absolutely thrilled for you. You deserve everything, you worked hard for it.”

He continued, “And for [Paula and Randy] even though everyone remembers all the craziness, what worked about [American Idol] was that Randy, like myself, is an A&R guy and also a record producer, and Paula actually was a brilliant sparkle of talent, and I was an A&R guy, which meant I did it, and that’s one of the reasons why I think we had this instant chemistry. So our legacy genuinely is the artists, who we — starting with you — discovered over this 7-year period. And that’s what I’m proud of. I mean, the show’s rating are great, but it’s who came through the process that has made it all worthwhile. And that’s why genuinely, if I could choose who to work with all over again, I would work with these guys again.”