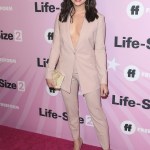 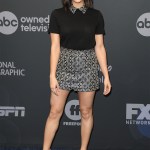 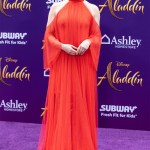 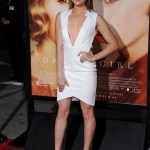 Congratulations are in order for Katie Stevens! After nearly two years of being engaged, the actress wed her longtime love, Paul DiGiovanni, on Oct. 12.

Katie Stevens, 26, is married! The Bold Type star official tied the knot with Paul DiGiovanni, 31, on Oct. 12 in Nashville. The lovebirds were surrounded by their family, friends and loved ones as they vowed to love each other forever. The couple said their “I do’s” in front of 250 guests on Saturday in a beautiful outdoor ceremony, and after they exchanged their emotional vows, the newlyweds and their guests headed inside for a night of dancing.

This wedding has been quite a long time coming, as Katie and Paul actually got engaged back on New Year’s Eve 2017, so it’s been almost 22 months since the proposal! Before getting engaged, Katie and Paul were together for four years. In fact, they celebrated their four year anniversary just a few weeks after Paul popped the question. Now, they’re ready to spend forever together! Paul works as a songwriter and producer in Nashville, and has written songs for stars like Dan + Shay, Dustin Lynch and more. He was previously a member of the band Boys Like Girls.

Meanwhile, Katie started her career as a contestant on season nine of American Idol in 2010. She came in eighth place in the singing competition. In 2014, she was cast as Karma Ashcroft in the MTV series, Faking It, which aired for three seasons before ending in 2016. She currently stars as Jane Sloan on Freeform’s The Bold Type. Season four is expected to premiere in 2020.

when someone asks if you’re engaged and you flash them some sparkle 😍 love you endlessly @paulblg thanks for wanting to be my Valentine forever! ♥️

Although Katie and Paul waited two years between their engagement and wedding, they had plenty to celebrate in between. Katie’s friends threw her a bridal shower in April, and she was joined by 11 girlfriends for a bachelorette party at Disney in March. The low-key trip did feature some partying, though, as the group hit up Epcot for a fun day. “We went drinking ‘around the world’,” Katie explained. “I think there are 15 countries? So that’s 15 drinks!” It’s certainly been an amazing year for this beauty!