Leather is always a good idea! Despite certain destinations lacking seasonal changes, leather is something that’s worth sweating through. Just ask Hollywood’s elite, such as Kim Kardashian, Rihanna, Kendall Jenner and many more celebs who love a good leather jacket or a pair of leather trousers!

Kim ruled the leather trend during New York Fashion Week this month, where she was busy promoting the launches of both her new Skims shape wear, along with her latest KKW Beauty collaboration with supermodel, Winnie Harlow (a big fan of leather too). One look that caught our eye was Kim’s black snakeskin trousers by Off-White and her matching Tom Ford top. The Keeping Up With The Kardashians star, who even carried a snakeskin leather mini bag, stunned in the high end ensemble when she stepped out in the city on September 12.

The mother of four rocked similar leather trousers just one night prior, while at an event for Fashion Week. This time, Kim’s pants were a smooth leather instead of a raised animal print. She paired her bottoms with a Church Boutique plunging halter top and heels by Yeezy. 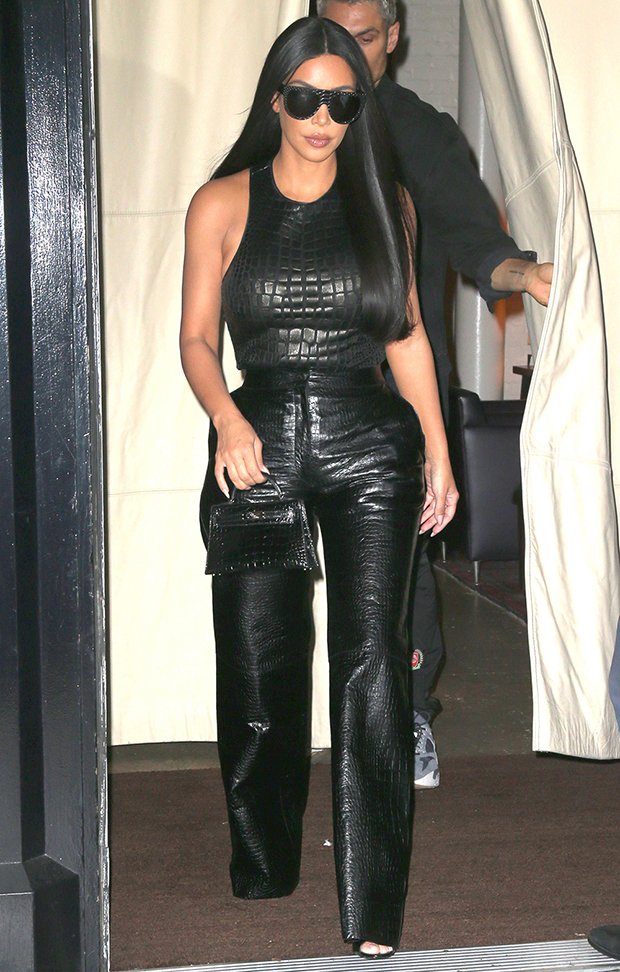 Kim Kardashian steps out in snakeskin leather trousers by Off-White,  and a matching Tom For top during New York Fashion Week on September 12, 2019. (Photo credit: Shutterstock)

Meanwhile, back in LA, Khloe Kardashian hit the streets of Agoura Hills in a full-on Relent leather jumpsuit from Mistress Rocks on September 10. The Good American designer stunned in the leather look, which featured a belted and cinched waist and a button-up collar. 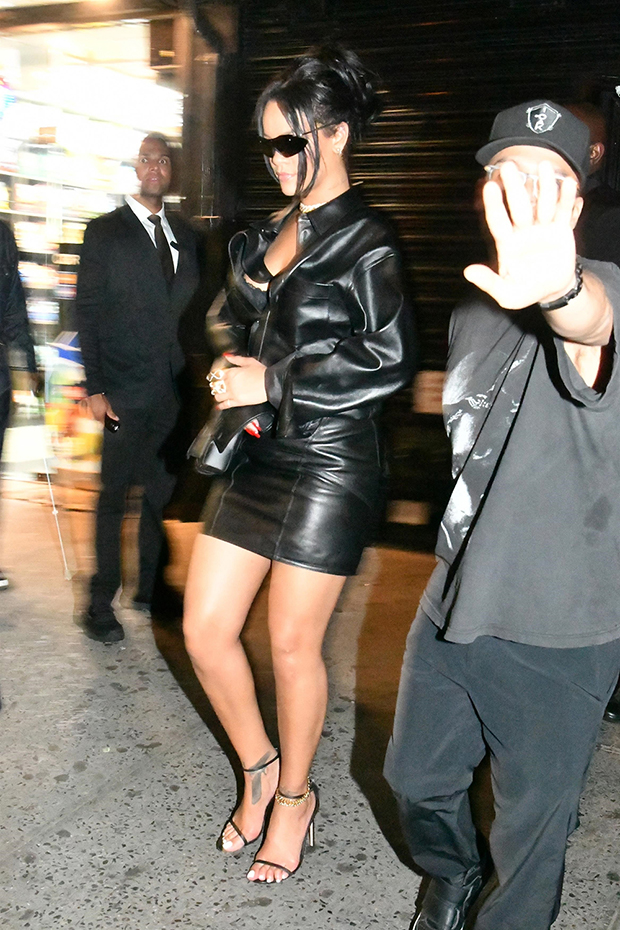 Rihanna rocks and all black leather dress while leaving Up & Down nightclub in New York City on September 14, 2019. (Photo credit: BACKGRID)

Last but certainly not least, the Fenty queen herself, Rihanna. The singer also slayed in leather during New York Fashion Week, where she was on hand for her Savage X Fenty Fashion Show. RiRi was spotted leaving celeb hotspot, Up & Down nightclub on September 14, where she hit the city streets in a black leather mini dress. Take a look at more leather looks in our attached gallery!