Ashley Iaconetti and Jared Haibon couldn’t be happier after their dream nuptials in Kay Chapel in Newport, Rhode Island on August 11. As they navigate married life, which they say isn’t any different, Ashley, 31, and Jared, 30, revealed in an exclusive interview with HollywoodLife that they won’t start trying for baby No. 1 until at least 2020.

“Well, it’s tough because I think we’re coming at different angles here,” Jared said of his and Ashley’s different thoughts about starting a family together. “I want to have a house and be settled first,” he explained. “I’m being honest. So, that’s tough for me, because we live in an apartment in LA right now. We have a good foundation, but still.”

Jared went on to explain that “both of us have aspirations to move back east at some point.” However, it’s unclear when they will make the cross-country move. “For me, I want to move out east before having a kid,” he added. “But, that doesn’t work with the timeline.” Ashley chimed in and noted that the “timeline” Jared referenced was her “biological clock.” 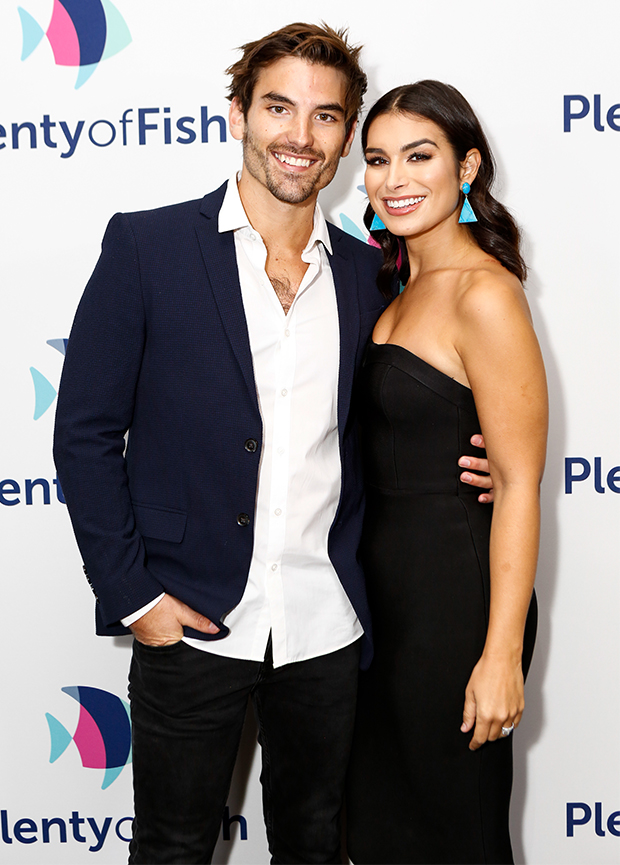 Either way, the newlyweds are confident that their future family plans will work out just fine. “We’re going to have to figure something out,” the Bachelor/Bachelorette alums said as they joked about being pregnant with a food baby.

HollywoodLife caught up with the happy couple at a Plenty of Fish cocktail party at the Freehand Hotel in New York City on September 17. Ashley and Jared hosted the event for the popular dating app in celebration of the premiere of their new video, Dine & Dish. — A dining experience where Ashley and Jared met with real Plenty of Fish users who discussed dating horror stories. The pair also noted that they too have personal ties to the app, as Jared’s sister met her husband on Plenty of Fish.

Ashley and Jared were joined by Psychologist Dr. Cortney Warren, who shared research findings from a new study by Plenty of Fish revealing the pressure points of online dating, and how singles can be themselves in a photoshopped world. As of September 17, the app removed its face filters to decrease the amount of exaggerated profiles in order to create a more real and authentic dating experience.