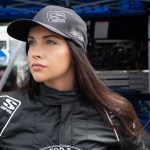 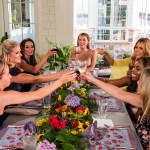 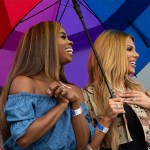 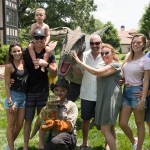 Whitney’s friendship with some of the other wives is starting to take a toll on her relationship with Mariel, and they come together to discuss it in this EXCLUSIVE ‘Racing Wives’ preview.

Whitney Dillon has been struggling to fit in with the other wives on this season of Racing Wives, and it’s affecting her relationship with BFF, Mariel Swan. There’s been some tension with the ladies ever since Whitney agreed to take part in a photo shoot with fellow wives, Samantha and Ashley Busch, which had Mariel feeling left out. During the Aug. 30 episode, the ladies will meet up to discuss the situation, and we have an EXCLUSIVE sneak peek.

“I just want you to know that I’m sorry,” Whitney tells Mariel. “I’m sorry that I made you feel the way that you feel because I know that’s not a good feeling, and that’s not what a best friend should do.” Mariel admits that she thought Whitney wouldn’t take part in the photo shoot when she found out Mariel wasn’t into the idea, which is why she was so caught off guard when Whitney did partake in the shoot. While Whitney understands where her friend is coming from, she also has a reason for wanting to bond with Ashley and Sam so badly

“I’m married now. It’s a whole different world,” she says. “I’ve never been part of anything like this before. I’m just trying to be a good wife and support my husband…but not be alone. So if it would help me to model for someone’s boutique and help them out just so [I] have someone to [converse] with…that means so much more than you could ever realize.”

In her confessional, Whitney adds, “When I married a race car driver, I knew that I was going to have to be around racing wives. I can’t get away from it. I’ve come to terms with what it means to be ad river’s wife in this world, but that doesn’t mean I have to change who I am or that I have to stop being friends with Mariel. But it would make my life easier if Mariel made an effort with Sam and Ashley.”

In the end, the ladies are able to make up, with Mariel understanding how difficult this has all been for her bestie. “I never considered how hard this could be for Whitney,” she explains. “I just hate the thought of her being lonely. When I look back on everything, I do think I was a little paranoid that my relationship with Whitney was changing and I do think it affected the way I reacted. I do regret it.” Racing Wives airs on Fridays at 10:00 p.m. on CMT.