Khloe Kardashian will do everything she can to make sure ex-boyfriend Tristan Thompson has a close relationship with their 1-year-old daughter, True, HollywoodLife has learned. She’s willing to work with the NBA star to be the best coparents they can be.

Khloe Kardashian‘s main priority is making sure daughter, True Thompson has a solid and close relationship with both her parents, despite her tumultuous past with the 1-year-old’s father, Tristan Thompson. After the Cleveland Cavaliers big man, 28, shared a photo with True and his mother, Andrea on August 25, HollywoodLife learned that the cute snap made Khloe very happy.

“Khloe loves that True is spending quality time with Tristan and her grandmother, and hopes that relationship continues to grow throughout her life,” a source close to the Good American designer told us, EXCLUSIVELY. “Khloe knows how important it is for True to have a strong relationship with both her parents, and both sides of her extended families,” the insider continued. “She will do anything and everything she can to support those bonds.”

Khloe has witnessed firsthand, that coparenting between complicated exes can work. “She’s seen how Kourtney [Kardashian] has created such a healthy coparenting relationship with Scott [Disick],” the source said of her sister, adding that Khloe “looks up” to Kourtney as an example of how two exes can create a “healthy environment” to raise their children in. “That’s all that Khloe wants for True. Despite things not working out between her and Tristan, Khloe never speaks poorly about him and only wants to foster a healthy relationship between True and Tristan,” the insider explained. “She completely supports Tristan wanting to spend time with his daughter and is more than willing to work with him in helping to build and maintain a loving father-daughter relationship.” 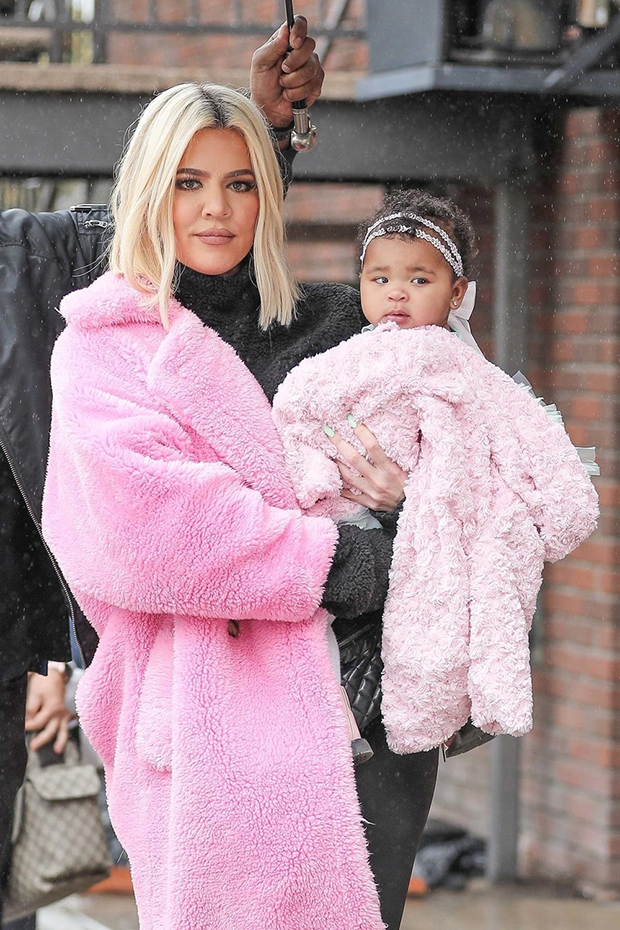 As Khloe has statement before, True’s best interest is her top priority, which means “having Tristan in her life only helps her development and contributes to her happiness,” the source admitted. “Khloe puts True‘s happiness above her own — she always has and she always will, which is why she is willing to work with Tristan.”

And, those around Khloe know that she feels this way. “Everyone supports her choices and will be there for her regardless, rather than criticizing her for doing what she thinks is right,” the insider revealed. “Khloe is committed to making a healthy co-parenting relationship work, because she knows it is going to be best for her family unit, and most importantly True, in the long run.”

Khloe also realizes how important it is for True to have a father figure in her life, especially after the death of her dad, Robert Kardashian Sr. The late lawyer, who was a prominent defense attorney for O.J. Simpson, died of cancer when Khloe was just 18. Fans of Keep Up With The Kardashians watched how hard Robert’s passing was on Khloe during previous seasons.

“The importance of a father can’t be stressed enough in Khloe’s world as she lost hers at a young age, and she wants to have True have the experience of a father as much as possible,” the source explained. “The relationship between Tristan and Khloe is one thing, but the relationship he forges with True is one of the most important things for Khloe to see happen. Khloe knows that she has to deal with Tristan her whole life, so she wants to make it as cordial as possible because the benefit it will have for True is tenfold.”