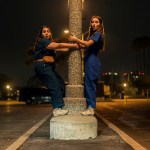 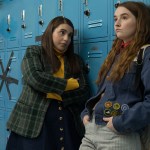 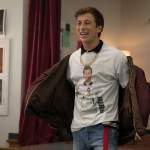 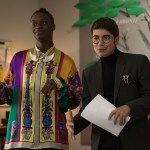 ‘Booksmart’ will be available digitally on Aug. 20 and HL has an EXCLUSIVE deleted scene from the critically-acclaimed teen comedy. Amy hilariously distracts the cops while the rest of the kids try to escape.

Everyone remembers the scene in Booksmart where Amy (Kaitlyn Dever) takes one for the team and gets arrested at the underage party while everyone else escapes. HollywoodLife has an EXCLUSIVE deleted scene featuring what caused Amy to get arrested in the first place. She creates a diversion by making a hilarious scene in front of the cops. She runs over and flips over the couch, making sure the cops aren’t facing the other kids trying to escape. “I’m a delinquent. I broke a lot of laws tonight,” Amy tells the cops.

The cop tells her to calm down but Amy acts like she doesn’t hear him. She also starts awkwardly dancing in front of the cops. Meanwhile, the rest of the teens are quietly sneaking out of the house. As they’re making their way outside, Amy goes on and on about how she accidentally did a drug tonight to make sure the cops don’t turn around. “I held a man hostage,” she continues, before getting up close and personal with the cop’s body camera.

Amy ends up arrested because of her shenanigans on the night before graduation. Her best friend Molly, played by Beanie Feldstein, comes to her rescue and gets her to graduation just in time. The incredible coming-of-age comedy, which remains one of the most critically-acclaimed movies of 2019, also stars Billie Lourd, Diana Silvers, Molly Gordon, Skylar Gisondo, Noah Galvin, Jessica Williams, Mason Gooding, Will Forte, Lisa Kudrow, and Jason Sudeikis.

Booksmart, directed by Olivia Wilde, is available digitally starting on Aug. 20. It will be available on Blu-ray and DVD on Sept. 3.