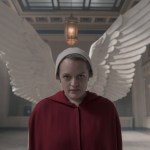 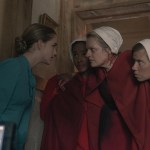 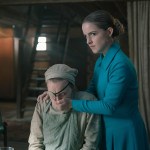 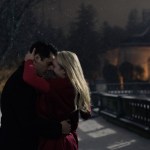 The third season of ‘Handmaid’s Tale’ has come to a close, with the deadliest cliffhanger to date. Star and executive producer Elisabeth Moss spoke to HollywoodLife EXCLUSIVELY about how that will affect the upcoming fourth season.

[WARNING: SPOILERS AHEAD FOR THE FINALE. PROCEED WITH CAUTION]  The season three finale of The Handmaid’s Tale ended on huge high note — and an even bigger cliffhanger. Though June’s elaborate and seemingly impossible plan to smuggle dozens of children out of Gilead into Canada comes to pass, it’s at a terrible cost, namely her own life. In the last moments of the episode, June lays dying in the forest, having been shot by a Gilead officer while moving the kids onto a cargo plane, her fellow handmaids finding her bleeding out, barely capable of keeping her eyes open. Given that Elisabeth Moss is both star and executive producer of the show, it’s very unlikely that June will meet her end, especially since the show has just been renewed for season four. Still, it brings up an interesting question: is there a show if June actually dies?

“I don’t know,” Elisabeth confessed when we spoke EXCLUSIVELY to her at a FYC event for The Handmaid’s Tale ahead of the finale. “First of all, I can’t say ‘no’. That’s so super egotistical!” Still, in all seriousness, seeing June carry on the fight is something that Elisabeth wants to see, as do the fans. “She’s our gal. We like to follow her.” As for what’s to come in season four overall, Elisabeth could not say, given that the writers have yet to even jump back into the writer’s room. “It’s actually a great position to be in, because I can’t spoil anything — because I don’t know what’s going to happen!”

One storyline she does hope to explore next season though is how June copes with the amount of blood on her hands. In season 3, June is responsible for multiple deaths (literally dozens, if you count all the women she didn’t pick to be Marthas from Chicago.) But I digress:  Not only did June murder two men in cold blood, but she also aided in a suicide. It’s a serious line that June’s crossed and if she can come back from it is something that really interests the star. “I don’t think it’s going to be good,” Elisabeth admits about how June will be changed by her murder streak. “One of the things I’m interested in doing is the repercussions for that, the consequences. Her body count I believe is 5 people by the end of the season, whether by her hand or not … You can not do that in Gilead and survive.”

Well, actually, it seems like you can — or at least for another season. Series creator Bruce Miller also weighed in on June’s near death status and insisted that there’s no show without June and Elisabeth Moss at the lead. “The show’s called Handmaid’s Tale,” Bruce pointed out when we chatted on the red carpet. “It’s about her. It doesn’t go on without her — the seed of this story is that she recorded this memoir, and if she dies, there is no more memoir.”

True enough, but one can never be too careful these days! Check out the video (above) to hear more of Elisabeth’s thoughts on season 4 and how working on Handmaid’s Tale has inspired her to work harder for change in 2019, plus more from Bruce on season 3.