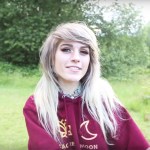 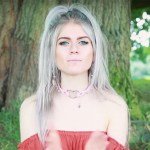 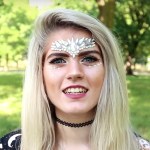 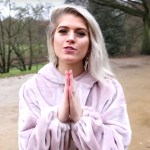 YouTube star Marina Joyce is causing online panic once again. This time, the social media star hasn’t been seen since July 31, according to London police who are now requesting the public’s help.

UPDATE 8PM EST Aug. 10: Marina has been found. Her boyfriend and fellow YouTuber Brandon Mehmed tweeted, “Everything is being dealt with in a professional manner. Please don’t worry about her as she is safe and well (you have my word for that). Also everyone who thinks I’m acting ‘suspicious’ are only misinformed and don’t know me at allll.” London’s Metropolitan Police confirmed to E! News that she had been found.

ORIGINAL STORY: Sadly, the hashtag #savemarinajoyce is trending once again. Marina Joyce, 22, who boasts 2.1 million subscribers on YouTube, was reported as a missing person to police on Aug. 7 and hasn’t been seen since July 31, according to a tweet from London’s Haringey Police department. “Can you help to find Marina Joyce, 22, missing from #Haringey?” the police department implored, adding, “Call 101 and quote 19MIS031063 with any info.” The charity Missing People also posted an online flyer to declare that the video star had gone missing. Marina hasn’t posted a YouTube video since June 21, her last upload being an informational chat about her hair care system.

Marina’s fans immediately flooded Twitter following news of the missing person report, working up new conspiracies just like they did in 2016. Three years ago, the YouTuber first sparked speculation after fans saw a gun in the background of a since-deleted makeup tutorial uploaded in July 2016. The worries only heightened after fans insisted that she whispered the words “help me” and sported bruises on her arm in a video titled “DATE OUTFIT IDEAS,” which was shared a few months later in Oct. 2016. The conspiracy grew bigger and bigger, and soon, many fans were convinced that Marina had been kidnapped or was being forced to film videos. Some even pointed their fingers at ISIS.

While Marina denied the outlandish theories, which she slammed as “all lies,” the “clues” in her videos were actually indicators of her mental health. “I did suffer from depression,” Marina revealed in the “SAVING MARINA JOYCE” YouTube video, uploaded in March 2017. She added, “It was so bad. It hurts me to this day to think of all the reckless things I did that showed that I did not care about my life. Things that I would look back upon and feel so grateful that I am still alive. I lived in isolation of what happened to me, of people not understanding what I was truly going through.”

Marina also confirmed her old bruises in the 2017 video, adding, “The bruises said it all, I’m glad you all noticed because I was going through a really rough time.” Marina credited the #SaveMarinaJoyce hashtag for acting as the final tipping point for her to “get better” and stop making “horrible decisions.”