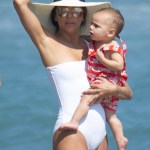 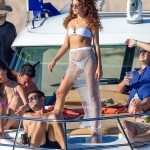 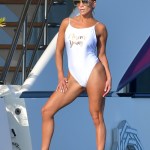 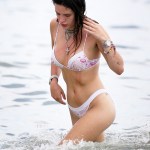 Bella Thorne showed off her fit physique at the beach in Miami on August 7! The actress stunned in a white and pink Dior bikini and she accessorized with the coolest shades. Bella is one of many stars hopping on the white swimsuit trend this summer!

Bella Thorne is looking summertime fine! The actress, 21, hit the beach in Miami on Wednesday, where she was photographed in a pink and white bikini by Dior. Bella made heads turn when she hit the ocean for a quick dip in between chowing down on a hotdog, as seen in videos on her Instagram stories. She also brought her pup along for her day at the beach.

Bella, who had her book, “The Life of a Wannabe Mogul: Mental Disarray” on hand, sported cool shades that were shaped like lips on each eye. She accessorized with multiple silver necklaces, including a cross, as well as a watch and silver bracelets. Bella sported a fresh face and kept her brunette hair down as she enjoyed the Miami heat.

The actress reposted paparazzi shots to Instagram of her eating a hotdog and frolicking in the ocean. “Hahaha I can’t,” she captioned the photo of her eating. In a since-expired video on Instagram stories, Bella admitted that she tried to hold her book in front of her face to shield herself from paparazzi while trying to eat. 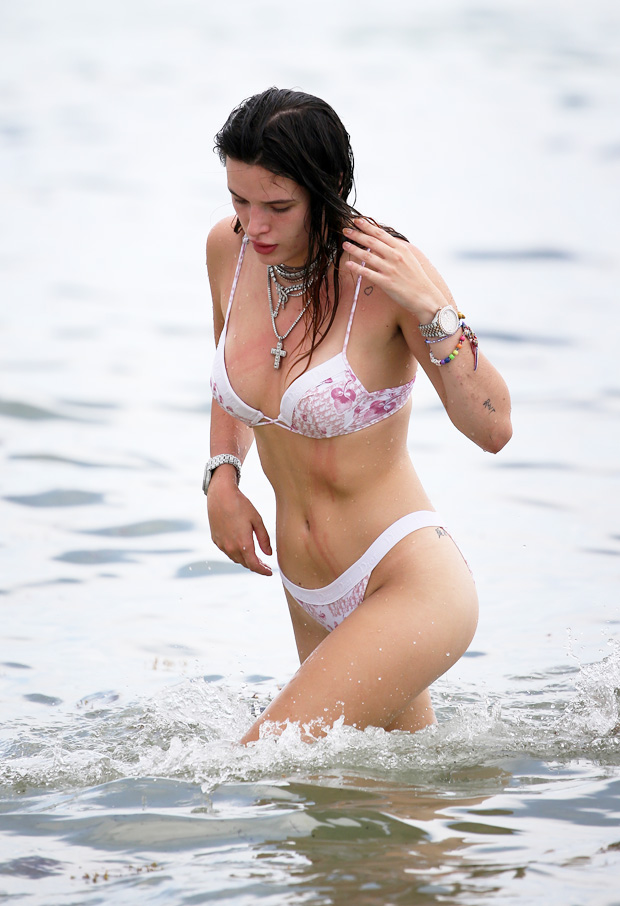 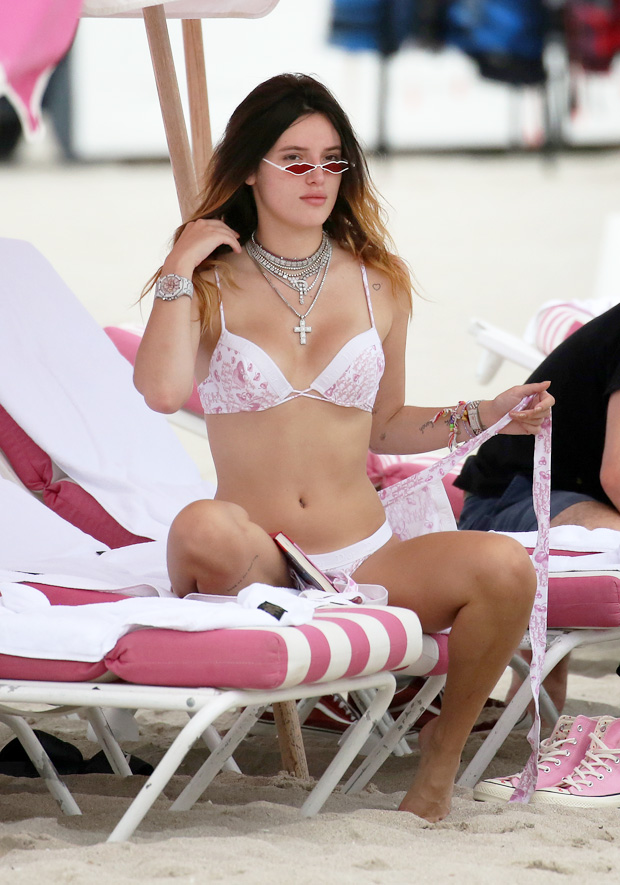 Bella’s beach day came amidst her Twitter spat with her ex-boyfriend, Mod Sun, 32. The rapper accused her of sharing a video of their fake wedding to promote her new book. However, Bella hit back at Mod by posting screenshots of their text conversations, which showed him granting her permission to share the video to promote her book. Mod then replied with a tweet that implied their marriage was real. He claimed Bella “lied + discredited” the couple’s “entire marriage.”

It’s unclear where these two took a wrong turn, seeing as Bella wrote a sweet message about Mod on Instagram when she announced their split back in April. Bella has since moved on with Italian singer Benjamin Mascolo, who she was spotted with just days after she revealed that her relationship with Mod was over.