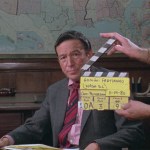 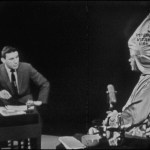 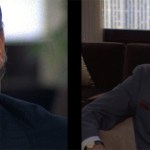 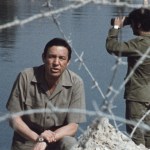 Mike Wallace of ’60 Minutes’ fame set the standard for the modern news – making interview. Now, a riveting new documentary delves into who the man who changed journalism really was.

Legendary television journalist, Mike Wallace, was never afraid to ask the tough questions. He wasn’t afraid to confront Vladimir Putin or Oscar-winner Barbara Streisand or even the Ayatollah Khomeini, who was holding American hostages in Tehran in 1979.

Now, a fascinating new documentary, Mike Wallace Is Here, by filmmaker Avi Belkin, delves into what made one of the founding co-hosts of TV show, 60 Minutes, tick.

“All journalists are curious, but what separated Mike, was his ability to get to the core of a subject through questions,” Belkin tells HollywoodLife.com in an EXCLUSIVE interview. “And Mike had the audacity to ask questions that others wouldn’t.”

Wallace was clearly fearless, something exemplified by his potentially dangerous interview with the Ayatollah. It was Khomeini who led the Iranian Revolution in 1979, which overthrew the last Shah of Iran, and then led to the hostage – taking of 52 American Embassy staffers for 444 days.

While the hostages were being held in fear of their lives, Wallace went face to face with the Ayatollah, in a much coveted interview. Despite having to have his questions pre-approved by Khomeini assistants, Wallace dove off script mid interview and confronted the Islamic cleric, accusing him of ‘veering away’ from the peaceful Muslim religion. “He called Khomeini, a lunatic to his face,” Belkin recounts. “Khomeini gave him an intense stare. He reacted emotionally.” “This was something Wallace was expert at — being able to upset whatever plan his interview subjects had, to disrupt what they had wanted to convey,” Belkin explains. “Subjects might be well prepared with answers ready but a good interviewer tries to get them to go off script. If they are caught off guard, you are more prone to get an unscripted answer. Mike, was the master of this.”

Mike Wallace, who died in 2012, is best known today for his illustrious 40 year career as the co-host journalist of hit show, 60 Minutes, but he got his start as a radio newscaster and then as a TV actor and host of game shows. He also did numerous TV commercials, especially for cigarettes. It were these roots in the entertainment world that added to his gifts as a journalist, points out Belkin, who watched hundreds of hours of Mike Wallace interviews over three years, to put together the doc.

“Mike added the ‘performance’ part to television. He realized that television changed journalism,” says Belkin. ‘He understood that you had to get the audience to watch you and to like you. He was able to do that because he had a background in entertainment.”

Belkin, a native of Israel, who was fascinated by the subject of journalism, made the decision to focus a film on Mike Wallace, because of his position as a pioneer in tough, investigative TV journalism. “Mike was there to uncover something,” Belkin tells HollywoodLife. “He was the best man to do it. To ask the tough questions and then, just as important the follow-up questions.”

A perfect example was his 1987 interview with Vladimir Putin. Belkin admits that, “Wallace (then 75) looks old before the camera is turned on, “but then when the interview starts, he goes after Putin with relentless fury” – in contrast to today’s president, relates Belkin. “Putin is speechless when Wallace points out that you need to pay off people to get anything done in Russia.”

Furthermore, when Wallace confronts Putin about whether Russia is democracy, once again, the Russian leader doesn’t reply. “Journalism raises the questions, even when there is no answer,” asserts Belkin.

So with Wallace’s reputation for conducting uncomfortably difficult interviews, why did the biggest political leaders and celebrities of the time still sit down with him.

Belkin thinks there are two reasons: 1) 60 Minutes was the top rated show on TV and people wanted the exposure for their projects and 2) he thinks some of his subjects relished the opportunity to converse honestly.

As for what Belkin feels Wallace would think about Donald Trump as president: “I think he’d be appalled by his attacks on journalists” and Belkin advises everyone in the journalism business today, to “stay on purpose, getting the story, covering the story, to get to the truth!”

Mike Wallace Is Here can be seen in theaters now. For more information, please go to the movie’s site.