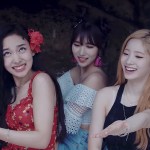 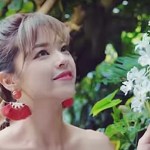 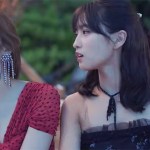 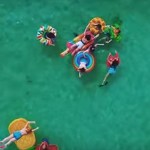 After rumors surfaced that Momo Hirai, from TWICE, and Kim Heechul, from Super Junior, are dating, their agency released a statement to clear up any confusion.

Reports surfaced on August 6 that TWICE singer, Momo, 22, and Super Junior singer, Kim Heechul, 36, have been in a relationship for two years. The report claimed that the K-Pop stars have been together since September 2017, but the rumors were quickly shut down by agencies for both singers. “Super Juniors’ Kim Heechul and TWICE’s Momo are friends with a senior-junior relationship,” SJ Label said in a statement, according to Soompi. “[The dating reports] are false.”

Meanwhile, JYP Entertainment added, “[The dating reports] are false, the two are just close friends with a senior-junior relationship.” Momo appeared in the music video for “Sweet Dreams” with Kim Heechul and Min Kyung Hoon in 2016, and the two have been friendly ever since. However, the labels have made it clear that there is no romantic relationship between the two.

These dating reports come after it was revealed that another member of TWICE, Jihyo, has been seeing fellow K-Pop star, Kang Daniel. The two have reportedly been together since the beginning of 2019, but have been making a point to keep their relationship on the down low. JYP Entertainment confirmed that, “They have good feelings toward each other,” but did not outright confirm a romantic relationship.

Being in a public relationship is not common in the K-Pop industry, which is why this romance and other rumored relationships often have fans talking so much. Amidst initial reports of Momo and Kim Heechul’s relationship, Twitter was buzzing amongst fans, but now that the rumors have been shut down, the talk has lessened.