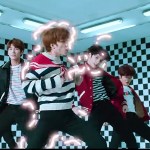 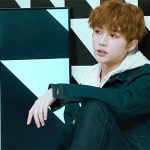 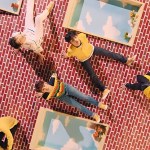 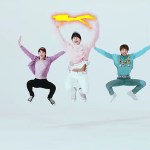 Yeonjun, of the band TXT, was forced to cancel his appearance at the Aug. 1 M2 X Genie Music Awards after experiencing severe back pain.

Tomorrow X Together will be without one of their members, Yeonjun, at the 2019 M2 X Genie Music Awards (MGMA) on August 1. “While making preparations for today’s 2019 M2 X Genie Music Awards, Yeonjun of Tomorrow X Together began to experience sudden back pain and received a medical examination and treatment at a nearby hospital,” the group’s label, Big Hit Entertainment, confirmed. “He is now resting and recovering. However, medical staff has advised him to temporarily refrain from taking part in vigorous choreography, and Yeonjun will therefore be unabl to participate in today’s Genie Music Awards.”

The statement continued, “We would like to ask for your generous understanding, and we will provide Yeonjun with all the assistance necessary for a speedy and full recovery.” In addition to performing at the ceremony, TXT is also nominated for the Male New Artist award against AB6IX, ATEEZ, Haeun, Ha Sung Woon, Kim Jae Hwan, ONEUS, Park Ji Hoon, VERIVERY, and Yoon Ji Sung. Of course, the other other four members of TXT will be in attendance and holding down the fort as Yeonjun recovers.

Of course, fans are devastated that Yeonjun can’t attend the show, and flooded Twitter with get well wishes. They even got the hashtag #GetWellSoonYeonjun trending worldwide! “I hope Yeonjun won’t feel that he disappointed us fans for not being able to perform,” one person wrote. “Health and safety is the top priority and Yeonjun putting himself first will make us more happy than him pushing his limits.”

what I really admired about BigHit is that they let their artists' health comes first. My heart sank when I truly heard the news of Yeonjun not attending their first ever award ceremony😭lets send him lots of love and hoping for his fast recovery#GetWellSoonYeonjun @TXT_members

I feel so bad for Yeonjun, I wanted them to perform together on their first award show, I would've preferred to scrap the entire performance and attendance. TXT is not TXT without a member :(

Another person added, “Yeonjun isn’t attending their first ever award ceremony. I can’t even imagine what he is feeling like right now. What he needs right now is a lot of love and support. It’s all we can do at the moment.” We wish Yeonjun a speedy recovery!