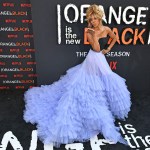 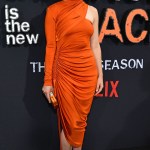 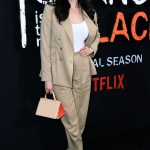 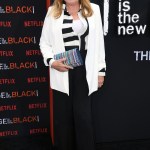 ‘Orange Is the New Black’ star Alysia Reiner EXCLUSIVELY opened up to HL about what it was like to film the final season of the popular show and how she’ll carry on without playing the memorable role of ‘Fig’.

Alysia Reiner, 49, stepped out looking gorgeous on the red carpet of the Orange Is the New Black final season premiere in New York City on July 25 and revealed that it wasn’t easy filming the last episodes of the popular Netflix series. “Most of the year, it was just, you know, joyful. The last couple of episodes were a mess,” she EXCLUSIVELY told HollywoodLife at the premiere. The talented actress also opened up about how she’s leaving behind the memorable character of Natalie “Fig” Figueroa, who she’s so effortlessly played over the last seven years.

“I will never say bye to Fig, she will always be part of my soul. My husband will tell you that too,” she said. “And I have her business card in my wallet and I always will. I’ll always be a warden at heart.” In addition to the business card, Alysia also lightheartedly admitted she may have taken some other things home with her from set. “There may be shoes involved but I will never say…” she joked.

Alysia also touched upon how the show brought light to LGBTQ+ characters on television with the storyline of its transgender character, Sophia Burset, and how it paved the way for future series to have similar characters. “I think what’s magical about this show is it went deeper than what we usually see,” she explained. “I love that about Transparent and Pose as well, but we were the first ones to do that. We got to see Sophia’s journey. We got to see her feelings about being a parent and what does that mean as a transgender person. That’s magic and yes, of course I want to see more of that.”

Orange is the New Black‘s seventh and final season premiered on Netflix on July 26.