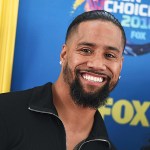 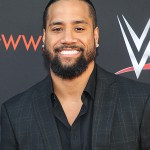 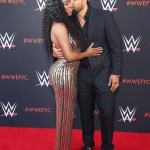 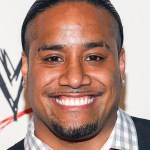 Not again, Uce. After being cuffed in February for a ‘drunken dispute,’ Jimmy Uso was busted for DUI – and this comes right after the WWE trashed his arrest history live on television!

Jimmy Uso, 33, one half the WWE tag team The Usos (with his twin brother, Jey Uso) was arrested for driving under the influence near Pensacola, Florida in the early hours of July 25, according to TMZ Sports. Jimmy, born Jonathan Fatu, was allegedly speeding when an officer got behind him. The officer pulled him over after Uso was “swerving left and right,” and, per TMZ’s sources, the Superstar allegedly “reeked of alcohol.” When the officer attempted to administer a DUI test, Jimmy reportedly refused. He was then arrested on a DUI charge and also hit with a speeding citation.

“Jonathan Fatu is responsible for his own personal actions,” the WWE told HollywoodLife in a statement on Jimmy’s arrest. What’s the real kicker is that this arrest comes mere days after the WWE, through John Cena, 42, mocked Jimmy and Jey’s arrest history. During the opening segment of the July 22 episode of Monday Night Raw, dubbed the Raw Reunion, Cena came out and rapped about the Uso’s past run-ins with the law. “Respect for calling me out / but ain’t no way I’m getting bested / Y’all look just like your mugshots / how was it getting arrested?” Jimmy seemed to delight in this reference, as he yelled, “Shout out to Hillsborough,” after Cena’s barb.

Hillsborough refers to Hillsborough County, Florida. Jimmy was busted there in 2013. Initial reports claimed it was for DUI. But, attorney Keith M. Goan issued a statement saying that Jimmy was taken in for driving with a suspended license while being on probation, according to Bleacher Report. However, Jimmy was arrested and booked for DUI in 2011.

In February 2019, Jimmy and his wife, WWE Superstar Naomi (real name Trinity Fatu, 31,) were involved in an incident with cops in Detroit. The couple was pulled over after Naomi allegedly drove the wrong way on a one-way street. The vehicle, according to TMZ, “reeked of booze.” This prompted the officers to ask Naomi to step out of the car. Jimmy allegedly exited the vehicle, took off his shirt and reportedly “squared up” as if he was ready to fight. He was handcuffed and arrested for disorderly conduct and obstruction.

Jimmy’s not the only one with a rap sheet. Jey, born Joshua Fatu, was busted in January 2018 for DWI after a WWE event in Hidalgo, Texas. He was pulled over for a routine traffic violation but allegedly showed signs of intoxication. He reportedly failed a field sobriety test and was taken in. When the brothers taunt their rival Superstars by shouting, “Welcome to the Uso Penitentiary,” this is…probably not what they meant.