Wendy Williams, 55, shut down Bow Wow, 32, on her July 24 show after a video of the rapper slamming Ciara, 33, went viral. Bow called the singer a “b–ch” during a club appearance in Atlanta over the weekend, and bragged about “having her “first.” — Something Wendy didn’t approve of. “Bow Wow I am mad at you… What’re you doing?”, she said during “Hot Topics” on Wednesday. “Bow I’m not hating on you, but young man, so what?”

The daytime talk show host went on to explain that Bow Wow could’ve went about the situation in a much different way, but instead, he chose some poor words to explain his past with Ciara. “It’s very distasteful. We’ve all had someone before… To be shirtless in a club and calling her a bitch, you were so wrong for that,” Wendy said before slamming the rapper’s relationship history. “Going from Ciara to Erica Mena, 31 — look at your track record, Bow,” Wendy added.

Bow Wow dated Erica, a reality television personality who is now engaged to rapper Safari Samuels, 38, in 2014. The pair announced their engagement that same year, but split at the end of 2015. And, it wasn’t pretty.

Yo @50cent wassup with your boy @shadmoss? @ciara must’ve broke his heart or something? He keep wilding on her name @theshaderoom @balleralert #bowwow #ciara #shaderoom #50cent 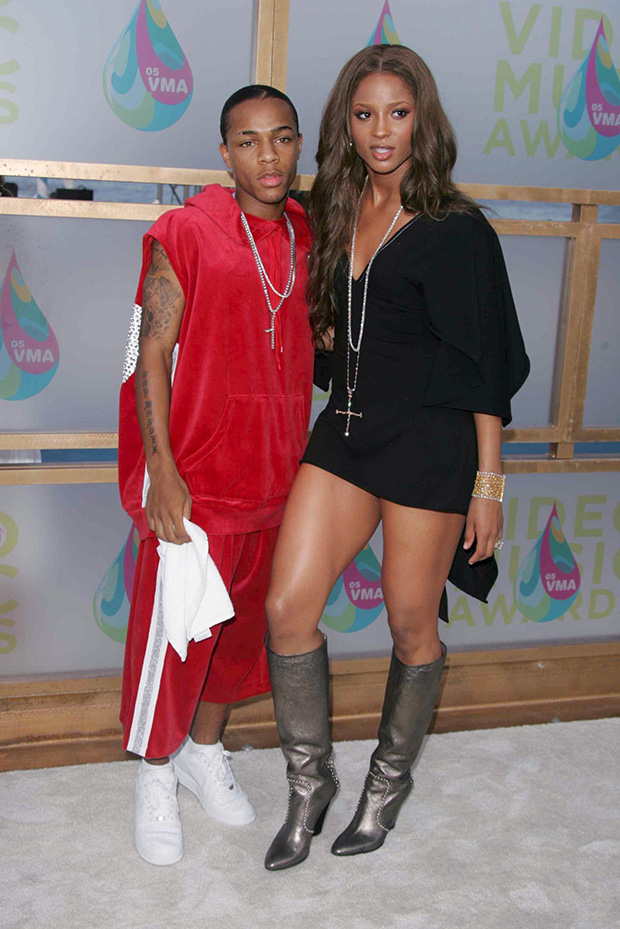 Ciara and Bow Wow at an event for the 2005 Video Music Awards. (Photo credit: REX/Shutterstock)

The host also noted that her team brought to her attention that Bow Wow used to stand on his toes in photos with Ciara because she towered over him. Wendy laughed as she showed a zoomed in photo (same as the above) on her show. The audience had a good laugh over the snap as well.

Wendy went on to answer an audience member who said Ciara’s husband, NFL star, Russell Wilson, 30, should clap back at the rapper for his disrespectful comments. However, she advised, “No, Russell doesn’t need to do anything [in retaliation]. Russell needs to be the civilized man that the is.” As for Ciara, Wendy added, “Please don’t clap back, it’s not worth it.”

Bow Wow and Ciara dated from 2004-2006 and were even rumored to have been engaged at one point. The rapper, who now stars in the We TV reality series Growing Up Hip Hop: Atlanta, admitted last season that breaking up with Ciara was one of his biggest regrets.