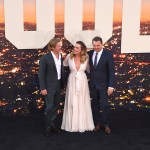 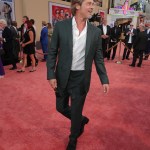 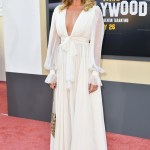 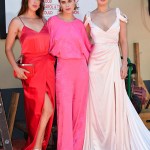 Nothing like a father-son outing! Pierce Brosnan & his son Dylan attended the premiere of ‘Once Upon A Time In Hollywood,’ & posed on the red carpet together!

Pierce Brosnan, 66, and his 22-year-old model son Dylan attended the LA premiere of the highly-anticipated film, Once Upon A Time In Hollywood, and all eyes were on the duo! Dylan, who towers over his dad at 6’5, looked nearly identical to his journalist mom, Keely Shaye Smith. Dylan was also clearly on-theme for the Quentin Tarantino film’s 1969 era, rocking a pair of circular wire-rimmed glasses and a tan leather jacket over a white button-up tucked into blue trousers. He also has his shoulder-length brown hair parted in the middle, a la John Lennon.

Pierce Brosnan, as always, was as handsome as ever! The James Bond actor grew out his frosty facial hair and had his suave salt and pepper hair pushed back in its typical style. He wore a crisp white shirt under a navy blue suit, which perfectly complemented his son’s look! In pictures from the carpet, Dylan had a chunk of height on his father, and smiled brightly for the cameras. It’s absolutely no surprise he is finding success in the modeling world! He’s done campaigns with Burberry, Erdem and H&M, as well as hit the runway for multiple men’s fashion brands.

The older son of Keely and Pierce, Dylan is also a a composer and cinematographer for short films. Last year he scored the short It’ll Be Alright and in 2015 composed for Out Of Reach. Additionally, he is in the band Raspberry Blonde.

As you can see from the throwback pic above, Dylan has always really resembled his mom, even when he was little. On a family outing to the Malibu Pier in 2017, Dylan joined his parents and his younger brother Paris Beckett for a photo opp, and the resemblance is just as uncanny.  By the by, Paris looks a lot like Pierce too! The apple definitely didn’t fall far from the tree when it comes to talent! We’re excited to see more of Dylan this coming fashion week.