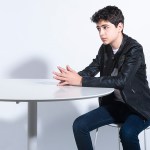 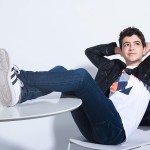 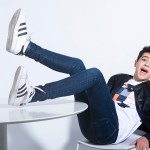 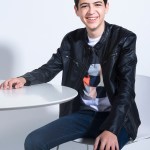 Universal Kids’ ‘Where’s Waldo?’ will be the perfect show for excitement & exploration, the lead Joshua Rush told HL in an EXCLUSIVE interview!

In between filming the final episodes of Disney’s Andi Mack and interning on Capitol Hill, Joshua Rush is leading the new animated series, Where’s Waldo?, on Universal Kids. Joshua spoke to HollywoodLife.com EXCLUSIVELY about the playing the traditional, always disappearing/hiding Waldo that kids know and love! “Where’s Waldo? is all about excitement and exploration and curiosity. I’m really excited for people who watch to learn these lessons, that it’s okay to be curious, it’s okay to want to learn things,” he explained. “I want kids to see the world of Where’s Waldo? and transfer that out into their own world and look at the world in the way that Waldo and Wenda do… how can they change the world and learn something new everyday?”

In bringing the character of Waldo to life, F.M. De Marco (Spy Kids: Mission Critical) and co-executive producer John Tellegen (Spy Kids: Mission Critical) introduced a BFF for Waldo named Wenda (voiced by Haley Tju). The two are members of the members of the Worldwide Wanderer Society, which is described as “the international order of curious travelers who circle the globe celebrating cultures and solving problems through observation.” They report directly to Wizard Whitebeard (voiced by Thomas Lennon), who is a seasoned wanderer and sends the two out on their missions each episode. Of course, Waldo and Wenda have to face their rival, Odlulu (voiced by Eva Carlton), time to time, who can’t help but make trouble for them!

“I’d love to see them go to space. I think that would be pretty cool,” Josh revealed, looking ahead at future adventures for Wenda and Waldo. “. I don’t that that’s like allowed under the rules of like the magic suitcase that they use to get around, but that’d be pretty rad!” We couldn’t agree more! Make sure to check out DreamWorks Where’s Waldo?, premiering Saturday, July 20th at 10am ET/PT!