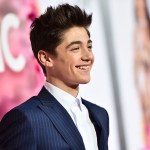 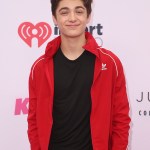 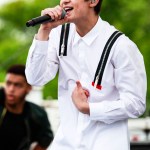 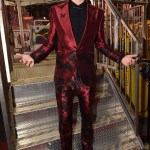 ‘Andi Mack’ is ending after season 3 but there are still a handful of episodes left. HL spoke EXCLUSIVELY with star Asher Angel about how he feels saying goodbye to the Disney Channel series and what’s ahead.

The critically-acclaimed Disney Channel series Andi Mack will be coming to an end after 3 seasons. The final episodes of Andi Mack will begin airing June 21, with the series finale airing July 26 on Disney Channel and DisneyNOW. HollywoodLife spoke EXCLUSIVELY with Asher Angel, 16, a.k.a. Jonah Beck, at the 2019 iHeart Radio Wango Tango Pre-Show Village on June 1 about the final episodes. Asher revealed his reaction about the show ending after 3 seasons. “It’s very sad,” Asher said. “I’ve been with these people for 3 years. We’re retiring the character after 3 years, but we’re really ending the show right. It’s just been an amazing experience and I’m so thankful to Disney for giving me my first real opportunity in this industry. I love my Andi Mack fans.”

Asher stressed that fans are going to love the final episodes. “I don’t want to give too much away, but if you think there was drama in season 1 and season 2, whew, you’ve got a lot coming for you in season 3,” he teased. “Keep watching. It’s coming soon. The episodes are amazing and you’re going to love them.” What about Jonah and Andi? Here’s what Asher could say: “I don’t want to spoil anything but Jonah Beck and Andi Mack, they’ve been trying to work things out since season 1, so hopefully something happens with season 3 and they work it out and it’s settled. So keep watching.”

The Andi Mack cast is incredibly close. They’re like family. Asher revealed his favorite memory about filming the show. “Probably all of the pranks that we pull,” Asher said. “I’m such a prankster. I have a million videos on my phone of me pranking the cast and crew… I like to trip people sometimes, but it doesn’t end well for me because they like to get me back and it’s really hard because it’s me against my cast and crew. I definitely like tripping people, scare cams. I’ve got a few scare cams.”

As for what’s next for Asher, he said that there’s “a lot of more music to come. Hopefully, I’m going to release an album or an EP. I just finished my radio tour, which was successful and so fun. A lot of amazing opportunities. It’s going to be a really exciting adventure.”