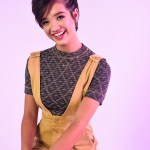 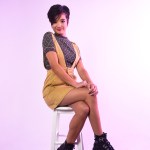 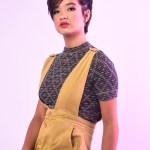 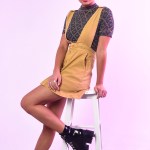 Andi and Jonah’s relationship is a fan fave on ‘Andi Mack.’ HL has an EXCLUSIVE video of Peyton Elizabeth Lee and Asher Angel talking about the pair’s most important moments and what the future may hold!

“Andi and Jonah have this interesting dynamic where they know they like each other,” Peyton Elizabeth Lee says in our EXCLUSIVE Andi Mack video. “It’s just sometimes they feel like they’re better as friends, and sometimes they feel like they could be better as more.” Peyton and co-star Asher Angel talk in the EXCLUSIVE video about the ups and downs of Andi and Jonah’s relationship. “The bracelet has been a fun way to symbolize that unsureness and that sort of confusion but beauty in the relationship,” Peyton continues.

Andi and Jonah have learned a lot from their relationship. “Andi deciding that she could handle herself without him was a very empowering moment for her, and she really found her voice and understood how to use it,” Peyton says. Jonah has had trouble voicing his feelings for Andi in the past, but when performed that song for her, it was a game-changing moment. “When he sings her that song and she finally understands how he feels and his feelings become clear to her, that’s when I feel like they finally sort of clicked into position and that was the first time they were really in the same place at the same time,” Peyton says.

As for season 3, Andi and Jonah will continue to change and their relationship will continue to evolve. “Things are different in season 3 because Jonah is kind of different after he came back from camp,” Asher notes. Asher is understandably cryptic about what the future holds. “We’ll see. We’ll see,” he says.

“As they’re growing up and becoming the people they want to be, they’re sort of figuring out how they compliment one another,” Peyton says. In this week’s episode, airing November 2 at 8:00 p.m., Andi is embarrassed when Jonah performs another song about her, Bowie decides to renovate Bex and Andi’s apartment to make it big enough for their whole family to live in and Buffy conducts her first girls’ basketball team tryouts. Andi Mack will now air Fridays at 8 p.m. on Disney Channel.