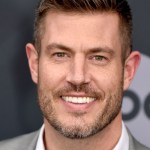 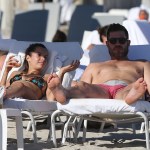 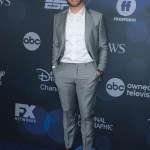 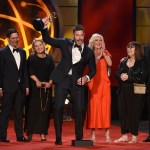 Jesse Palmer didn’t find love as ‘The Bachelor,’ but he’s now found the woman he’s going to marry. He proposed to model Emely Fardo during a romantic trip to France. See her stunning engagement ring.

Hunky former NFL quarterback Jesse Palmer fumbled at love as The Bachelor in 2004’s season five. But 15 years later he’s finally found true love and is engaged to Brazilian model Emely Fardo. The 40-year-old DailyMailTV host really thought through the proposal, whisking Emely to France to the site of the first romantic vacation they took together two years ago. It was at a château in the town of Champagne where he got down on one knee and presented Emely with a gorgeous 3.5 carat oval diamond ring which you can see here.

Jesse though of everything, even flying in Emely’s favorite wedding photographer so he could capture the big moment as he asked her to be his wife. He told the Daily Mail that on their first visit to Champagne, he knew that if things went well for them and he decided that she was the one that that was where he would pop the question. “I decided to propose somewhere meaningful, a place that was familiar to us. I decided this was the place,” he told the publication.

“I’ve been so enamored, so in love with this woman and it only has grown. I’m head over heels for her,” he continued. Jesse told the DM that he met Emely two years ago at a group boxing class in NYC at Rumble gym. “I saw her and thought she was beautiful. I didn’t meet her until later, she was coming in while I was leaving. We ended up connecting and our first date was at Rumble two weeks later,” he explained.

Setting off on another adventure 😃 Can you guess where??? #Travel #SurpriseTrips

Jesse gushed that “She has taught me, cares for me like no one else. She has made me be the best version of myself,” of Emely. “She loves me unconditionally. I’m head over heels for her”