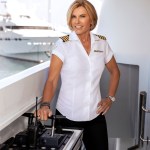 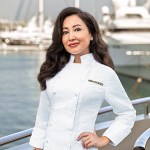 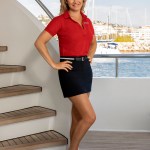 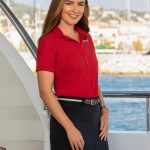 The tension on ‘Below Deck Med’ is at an all-time high. Joao notices that Jack is slacking off in this EXCLUSIVE preview and confronts him about it. Jack puts up quite a fight with his superior.

Jack is living the life of leisure and not pulling his own weight in this EXCLUSIVE preview of the July 8 episode of Below Deck Mediterranean. There is a group of bikini-clad ladies on the bow and Jack can’t resist going up there to mingle and flirt. Joao tries to get in touch with Jack, but Jack doesn’t answer him. He’s too busy bringing drinks up to the beautiful ladies. Joao gets mad that Jack doesn’t even have his radio on him. “At least you know if you dangle a butt in his face he’ll do whatever you want,” Colin says to Joao.

Joao gets increasingly frustrated with Jack. They’re down one of their strongest crew members so Joao needs everyone to be picking up more slack. “I’ve never had to deal with someone who just doesn’t want to work,” Joao says. Jack goes up to the bow to deliver some drinks to the girls — dressed in only his boxers. “What he lacks in work ethic, he makes up for in humor,” one of the girls admits.

Joao and Colin see Jack drinking and ask what he’s doing. They’re trying to get their work done so they can go on break while Jack is just taking his sweet time. “It’s not up to you to decide whether you’re f*cking finished or not,” an angry Joao tells Jack. “Do you understand that? It’s not up to you.”

Jack and Joao fight, with Jack clapping back that “it is” up to him to decide whether or not he’s finished with his work. “No, it’s not. It’s not up to you,” Joao stresses. Jack walks away from Joao and refuses to discuss the situation any longer. Joao’s not going to take Jack’s laziness, so Jack better watch himself. Catch Below Deck Med season 4 Mondays at 9pm ET/PT on Bravo.