Meg Ryan, 57, took her daughter, Daisy True, on one very extravagant mother-daughter date in France this week. The Top Gun actress and her 15-year-old adopted daughter sat in the very front row during a Paris Fashion Week runway show, and the two looked to be having the best time. As the glitzy Schiaparelli show kicked off on June 1, the pair sat amongst the star studded elite including the likes of Céline Dion, 51, and Pixie Lott, 28. Meg’s look was a standout from the day though, and she absolutely stunned in a belted black dress and chic strappy sandals. The actress sported a flawless beauty look and arranged her golden locks to effortlessly frame her face. Meg is one stylish mum!

Meanwhile, her teenage daughter looked absolutely adorable in a loose-fitting white dress and sporty sneakers. Similar to her mom — she wore her hair in loose waves that fell at her shoulders and sported fringed bangs that framed her face. She sat close to her mom for the entirety of the show and the photos from their mother-daughter date were so sweet!

Meg and her daughter have stayed extremely close since she first adopted Daisy from China in 2006 when she was just 14-months-old. “Daisy doesn’t feel hard [to raise],” she told PEOPLE in 2007. “She’s a good hang, and she’s easy. She’s very smart and she’s very generous. I love that she’s funny. I love that. I just can’t imagine what it was like before she came. Life is good, it’s so good with her in it.” Meg added that adoption in China includes a lottery system, and was randomly assigned the girl that would become her daughter. “But that said, I am convinced, completely convinced that there was nothing random about it.” 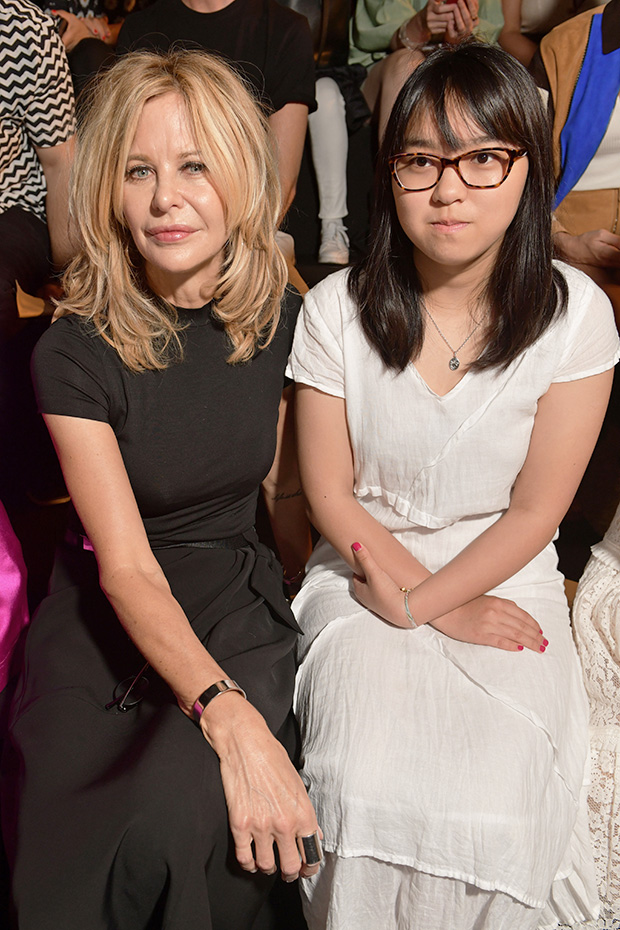 Meg and her daughter have been all over as of late! Just a few weeks earlier we saw the pair step out in New York City while holding hands as they gallivanted around the city together.