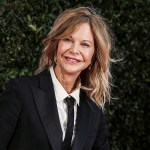 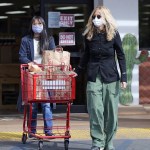 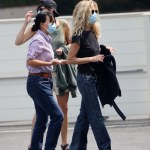 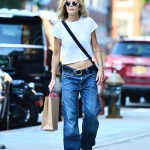 Who needs makeup when you’re Meg Ryan? The ‘Sleepless In Seattle’ star rocked a natural look while hanging out with her teenage daughter in New York City.

Meg Ryan, 57, and her 15-year-old daughter, Daisy True, were seen holding hands in New York City on June 10. Meg, who became engaged to John Mellencamp, 67, in November 2018, left the makeup at home as she rocked a pair of shades, a black coat, and a fabulous natural glow. With her trademark locks loose and down around her shoulders, the When Harry Met Sally star appeared cozy as she and Daisy went for a stroll in the Big Apple. No word if they were going to Katz’s Deli for lunch, but wherever they were going, it looked like they were having a good time.

These two became a family in 2006 when Meg adopted then 14-month-old Daisy from China. “Daisy doesn’t feel hard [to raise],” she told PEOPLE in 2007. “She’s a good hang, and she’s easy. She’s very smart and she’s very generous. I love that she’s funny. I love that. I just can’t imagine what it was like before she came. Life is good, it’s so good with her in it.” Meg added that adoption in China includes a lottery system, and was randomly assigned the girl that would become her daughter. “But that said, I am convinced, completely convinced that there was nothing random about it.”

“She is the daughter I should have…We are so compatible. And also having the experience of having had Jack [Quaid, 27, her son with Dennis Quaid] and now to have Daisy in a different way — there’s no difference in the love you feel,” she told PEOPLE. Expect both Daisy and Jack to support their mother when she ties the knot with John Mellencamp. Meg announced the engagement on Instagram by posting a drawing of a woman holding hands with a man with a guitar. “ENGAGED!” she captioned the image. The couple reconnected in 2017 after breaking up in 2014. So far, there’s no word on when they’ll get married, and considering the sudden nature of the engagement announcement, their marriage could happen any day now.

Hopefully, the marriage doesn’t take place on July 12, 2019, the 30th anniversary of When Harry Met Sally. To celebrate, Katz’s Deli will host a contest involving the movie’s most iconic scene – when Sally Albright (Meg) fakes an orgasm, much to the chagrin of Harry Burns (Billy Crystal). “Contestants of any gender can try and fake it better than the comedic actress,” reports Forbes, “and a panel of to-be-announced notable New Yorkers and special guests will judge who fakes it best.”