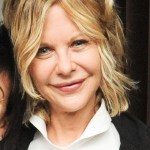 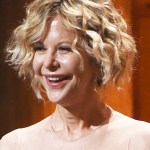 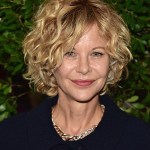 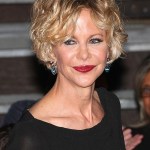 Is that you, Meg Ryan? When the actress made an appearance at the Tony Awards on June 12, she looked awfully different than the last time we saw her — even despite denying plastic surgery rumors. Check out pics right here and see what you think!

Meg Ryan is adamant that she hasn’t had any work done on her face, but after the 2016 Tony Awards, it’s hard not to seriously question that again. As the 54-year-old actress did her presenter duties at the award show, fans couldn’t help noticing that her face looked a bit tighter than it used to. She better get ready for some more speculation!

Donning an embellished flesh colored Blumarine gown and tousled wavy bob hairdo, Meg looked great as she introduced the cast performance of “She Loves Me.” But while her dress was gorgeous, it was hard not to look away from her face because she hardly even looked like herself! Meg has always been known for her great smile, but her lips seemed to be a bit tighter than they used to, and her nose didn’t quite look the same either. Hmm…was plastic surgery the reason for this?

Even Twitter users couldn’t help chiming about how different she looked!

I just gay-gasped so loud at Meg Ryan. People are staring.

Before we get carried away, though, let’s not forget that Meg is 54. She has been in the acting business since she was just 19 years old, after all, so Meg’s aging process has constantly been in the public eye. Her new look could just come with age, especially because she has denied the surgery rumors and talked about how much she loves aging!

“I don’t pay a lot of attention frankly,” Meg told Porter magazine last year. “There’s a lot of hatred in the world today, it’s so easy to judge. Imagine being a hater, how stupid!”

Clearly Meg isn’t phased by anyone’s opinion! Considering she seems to be taking somewhat of a hiatus from the spotlight, it will certainly be interesting to see what she looks like the next time we see her!

What do you think of Meg’s new look, HollywoodLifers? Does it seem like she’s had plastic surgery done? Tell us below!