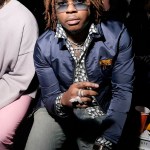 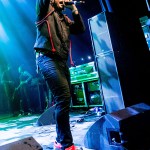 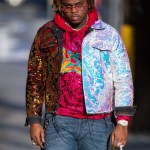 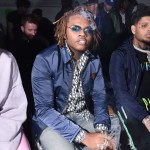 Chris Brown enlisted a few famous friends for his new record, ‘Indigo.’ As fans bump the new album, here’s everything you should know about rising rapper Gunna, who appears on one song.

There’s so many notable celebs featured on Chris Brown’s new album, it’s hard to keep track. But — the R&B superstar was sure to include a few rising stars on his latest record as well. One of these is Gunna, who is featured on the fiery new track “Heat.” As fans bump Chris’ new record, here’s everything to know about his collaborator!

2. He’s got some well-known supporters. After meeting Young Thug out in Atlanta by way of mutual friends, Gunna found himself an instant fan in the rapper. He’s currently signed to Young Thug’s YSL Records and to 300 Entertainment.

3. He’s career is about to take off. You’ve probably heard at least one of Gunna’s chart-topping tracks by now. The rapper hit the Billboard 200 for the first time with his first arrival of 2018, Drip Season 3, which featured Lil Yachty, Lil Uzi Vert, and Metro Boomin and landed a spot on the charts. Within ten months, the rapper returned for an epic collaborative mixtape with Lil Baby with Drip Harder, which skyrocketed to No. 4 on the charts thanks too platinum fan-favorite track, “Drip Too Hard.”

4. He reps Atlanta big time. “We come from our own lingo, our own slang,” Gunna said of the city’s influence on music and more in an interview with Complex. “It’s how we talk, having different words and nicknames for certain things in life. These give us a certain flavor and style about the way we express [ourselves]. And a lot of us managed to incorporate this into our music.”

5. He’s known for his killer style. When asked about his favorite fashion brands in an interview, he dished about his must-haves.  “I don’t have a top 3, I like so many. I got Off White today, Amiri Jeans, Pyer Moss hoodie. It’s different. It’s my personal style, it’s how I feel,” he revealed.