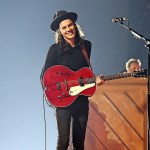 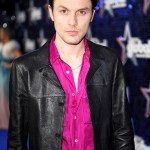 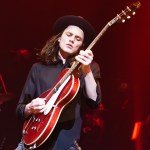 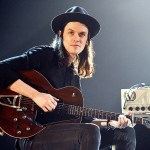 James Bay’s EP ‘Oh My Messy Mind’ continues his trend of relaying his own anxiety & fears in a way fans can fully relate to. He speaks to HL about tapping into that vulnerable space.

One of the most emotionally-charged songs of the decade, “Let It Go” by James Bay was just a snippet of the “musical intimacy” (as he describes it) that the singer-songwriter is capable of. With the release of his EP Oh My Messy Mind, fans venture deeper into the James’ mind, and come out even more impressed by how the Brit was able to put their deepest, and darkest, thoughts into the most stunning of lyrics. “My head is always like everybody it’s full of all sorts of different questions and ideas and worries and fears and excitement and anxiety. One of the ways I handle that the best — and it can be really hard to handle — but I fill pages of notebooks with stream of consciousness thoughts,” James explained in an EXCLUSIVE interview with HollywoodLife. “As a writer, as an artist, that vulnerability, or that intimacy is a huge part of who I am musically.”

In so many of his songs, old and new, James’ own hurt has connected with fans in a deep and beautiful way. “Sometimes, the more detail you go into, the more open-ended and relatable it ends up being. You have to set out to talk about your experience in some considerable detail, and this is where that little bit of magic comes in that we can’t describe,” he said. “You have to try and keep it a little bit open-ended at the crucial moment.” James used his song “Bad,” for example, explaining that he chose for his point to be, “I want you bad, but it’s done, we can’t go on.” “That is almost as extremely detailed as far as how it relates the emotion a song as it is open-ended,” the hitmaker said.

He continued, “You have to be aware of those technicalities whilst you’re pouring your heart out — and that’s a strange thing to balance.” James perfected this in another hit called “Peer Pressure,” with his ultra-talented collaborator Julia Michaels. “She has been working and writing songs for such a long time, and she’s obviously wise beyond her years as far as songwriting goes,” he said of working with the “Issues” singer. “It’s the way you handle and deal with life experiences that can make you a great songwriter, and Julia’s such a great example of that.”

James added, “It’s about the technicalities, details, and nuances that you share with another artist that can make it more unique. that in the room you can almost look at each other and know that you’re feeling the same thing for what the second half of verse two needs to do, or for what the top of the chorus needs to do. It’s rare and it’s brilliant.”

When it comes to collaborating with his tour mate, Ed Sheeran, James said “in a dream world” he’d love to! “Towards the end of 2018, Ed invited me to come out and spend 3 months hanging out and opening for him on his European tour, and it’s a dream. A total dream!” James exclaimed. “And, he’s the greatest dude, as you can imagine.”

James performed at the iconic Webster Hall in NYC ahead of embarking on tour with Ed, in a taped show for PBS’s Live From The Artist Den! “As a John Mayer fan, I bought his album Continuum and I bought it as a CD, that came with a DVD of him playing the album live at Webster Hall, and I discovered this place through watching it, and thought, ‘Wow, that looks like the kind of quintessential, cool, New York venue!'” he admitted. “Playing in the main room there was brilliant. It is such a wonderful place.”

While we cross our fingers for that epic, potential James Bay collab with Ed Sheeran, and anxiously await his taped performance at Webster Hall to air on PBS’s Live from the Artists Den, be sure to download/stream Oh My Messy Mind, out now!