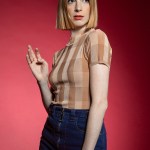 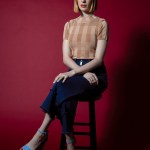 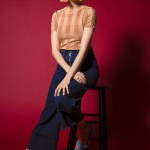 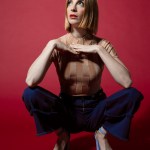 Everyone’s favorite show is back for a summer run. ‘Younger’ star Molly Bernard spoke EXCLUSIVELY with HL about what’s coming up after Josh’s baby bombshell, a possible new romance, and more.

Younger returned for its sixth season with a bang. Kelsey is now the new publisher at Millennial and facing her fair share of problems already, Josh is going to be a dad very soon, and Liza revealed to everyone that she’s the one dating Charles. With Kelsey being the new publisher, it changes the dynamics a bit, especially with Liza, Diana, and Lauren. “It’s a huge shift in the office,” Molly Bernard told HollywoodLife. “Kelsey has to be careful of being in power and I think fans will have a complicated relationship with what will pan out over the course of this season, in regards to Kelsey’s position and how she handles it.” Kelsey’s new position means great things for Lauren, though. “Lauren is like completely obsessed with Kelsey’s success,” Molly said. “She is getting her as much press as possible and loves that Kelsey’s on top.”

Josh and Lauren have become close as Liza’s work life has crossed over into her personal life. Josh has a baby on the way and Molly revealed that Lauren “definitely helps” Josh out when he needs her. “Lauren also gets him into some trouble in regards to the baby,” Molly teased. “She both helps with the baby and causes a little bit of scandal.”

As for the possibility of romance for Lauren this season, Molly said: “We shall see. Towards later in the season there will be some sparks that I think fans will go kind of crazy for.” When HollywoodLife asked whether or not it was someone on the show, Molly only said, “Maybe.”

Younger loves to end seasons with jaw-dropping moments and Molly revealed that the season 6 finale will be no different. “It ends on a note that nobody could see coming,” she admitted. “It’s a crazy ending. Listen, Younger is known for our finales and just get ready. This is a crazy one. It’s crazy.”

In addition to Younger, which airs Wednesdays at 10 p.m. on TV Land, Molly also has two new films coming up: Otherhood and Milkwater. Otherhood is an upcoming Netflix film starring Patricia Arquette, Angela Bassett, and Heidi Gardner. “It was a great experience,” Molly said. “I have a sweet little part in it and it just reminds me of like early Woody Allen days. I’m really proud of my work in that film.”

Milkwater is her first independent feature and her first leading role in a movie. “It’s about a young woman who becomes a surrogate for an older gay man,” Molly revealed. “She’s really looking for a deep friend, maybe a father, maybe a boyfriend, who knows? He’s adamant on setting boundaries. It’s a beautiful film about a coming-of-age story. It’s a really, really fascinating character study. I loved it.”