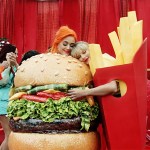 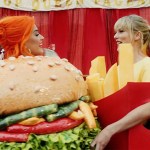 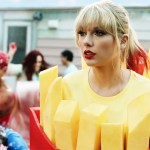 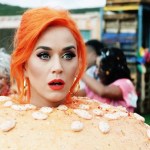 Ciara clapped back at a man in the comments on Instagram who criticized her for officiating a wedding between two men in Taylor Swift’s ‘You Need To Calm Down’ music video.

You need to calm down, dude. Someone in the comments on one of Ciara‘s Instagram posts took it upon himself to chastise the “Level Up” singer for appearing in Taylor Swift‘s new music video, in which she officiates a wedding between two men. Ciara shared the clip from “You Need To Calm Down” on Instagram, which shows her jumping up and down and cheering after pronouncing Jesse Tyler Ferguson and his IRL husband Justin Mikita man and man. The commenter, who truly needs to take several seats, commented, “Ciara. you shouldn’t be doing this. We respect u too much, Being at a gay wedding is one thing and joining them together is even more a greater sin. We love you but this is wrong.”

Boo hoo, Ciara doesn’t have some random guy as her fan anymore. He’s probably regretting his audacious comment at least a little bit after getting called out by Ciara herself. She wrote in response to his comment, “Firstly, Christians don’t judge. Secondly #YouNeedToCalmDown.” Burn! Now, if he didn’t like the Ciara part of Taylor’s video, he was probably foaming at the mouth during the rest of it. “You Need To Calm Down” is about LGBTQ acceptance and slamming homophobes. The music video is absolutely star-studded, featuring a plethora of queer celebrities: Ellen DeGeneres, the Queer Eye cast, RuPaul, Billy Porter, Laverne Cox, Hayley Kiyoko, Adam Lambert, Adam Rippon, and so many more.

Oh, and Katy Perry was there. That’s right, the cold war is finally over. Katy appeared near the end of the video at a dance party, where she was wearing her infamous hamburger dress from the 2019 Met Gala. Taylor, wearing a french fry costume, locks eyes with her across the venue and they slow dance together. They hug, and the world makes sense again.

Taylor faced her own criticism before the music video dropped. There was a rumor going around that she and Katy were going to kiss in it, so she took to Tumblr to set the record straight: “Guys. That is ABSOLUTELY false,” she wrote. “To be an ally is to understand the difference between advocating and baiting. Anyone trying to twist this positivity into something it isn’t needs to clam down. It costs zero dollars to not step on our gowns.”